Over seventy people from around the EPPO region and beyond gathered in Budapest on 23th November 2015 for a two day workshop to consider the evaluation and regulation of biological control agents. Many different regulations have a potential bearing on the import and release of organisms in new areas but in the EPPO region few of these are specifically drafted with biological control agents in mind.  Different types of organisms may be used, or proposed, for control of different types of target pest raising different issues for the assessment and management of risks and benefits. There are also many possible interpretations of key words like 'indigenous' or 'invasive'. The result is a wide range of different practice around EPPO member countries, even when applying similar legislation to similar scenarios. 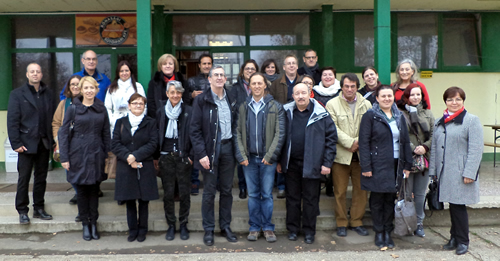 This workshop was organised jointly between EPPO, SMARTER (an EU COST Action), IOBC, IBMA, CABI and the Hungarian Ministry of Agriculture. Presentations included brief summaries of practice in seven different EPPO countries and an explanation from our sister organisation, NAPPO, of arrangements in North America, where there is generally more experience in the use of classical biological control. A number of recent case studies were then explained in more detail, ranging from a decision on release of an insect for classical biological control of an invasive plant to the development of augmentative biological control options against an insect pest newly arrived in the region. The workshop then split into four groups with each group considering three out of four hypothetical scenarios (download the four case studies

) and addressing the following questions:

The conclusions and recommendations from the workshop will be referred to the decision making bodies of the different participating organisations for further consideration.  The EPPO/IOBC Panel on Biological Control Agents, meeting in the same venue later that week, has already started to take forward some of the recommendations.

On the day following the workshop our hosts in the Hungarian Ministry of Agriculture organised a very interesting technical visit to a large glasshouse production company at Árpád-Agrár Zrt in Szentes, Szentlászló horticultural premises which uses ground water for its heating and a wide range of biological agents for its pest control.