This Workshop on the risk analysis and listing of regulated pests was organized jointly by the Eurasian Economic Commission (EEC) and the European and Mediterranean Plant Protection Organization (EPPO). It took place on 2018-06-06/08 in Moscow at EEC headquarters and was the first joint event organized after the signature in December 2017 of the cooperation agreement between these two bodies.

After an opening by Mr Koreshkov, EEC Minister in charge of technical regulation; Mr Ward, EPPO Director-general; and Mr Shamilov, Representative of the FAO Regional Office for Europe and Central Asia, three plenary sessions were organised: 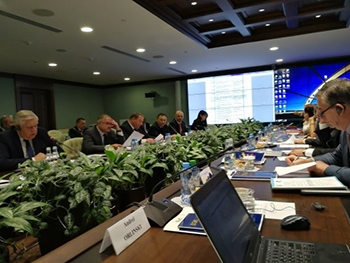 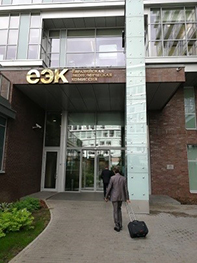 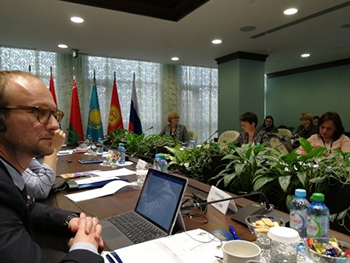 Presentations made during the plenary sessions

During the afternoon of the second day, participants were split into 3 working groups with translators. Each of these groups assessed the RNQP status of one or two pest/host/intended use combinations, using the Project methodology.

Participants agreed that the workshop was useful, and the topic discussed was timely. It is always beneficial to share information on PRA, either for quarantine or regulated non-quarantine pests, and this is part of the obligation of member countries of EPPO. Sharing information on regulations should also continue to be promoted.

In particular, it was considered helpful to realise that the concept of RNQPs needs a different way of thinking about risk (e.g. reflexion at the level of the place of production rather than the area) and can use additional tools (e.g. possibility to define tolerances). Participants agreed that the methodology could be applied by groups of experts even with limited experience, but more guidance is needed, especially for difficult questions such as pathways (e.g. through examples) or for the development of measures (very different certification and marketing schemes exist in the different countries of the EPPO region). As the methodology is more than a figure representing a single decisional tree, and because examples are given in the article published in the EPPO Bulletin, participants concluded that translating these documents into Russian would be very helpful. When a methodology is adapted for the EPPO region, the EPPO Secretariat should consider how the methodology is added to CAPRA.

The FAO noted that there is a need for more discussion and training at national level. It may be useful to also share this experience with other regions of the world.

Countries from the EAEU commented that they have to work towards a unified list of RNQPs. However, practical implications have to be considered as the status of a pest may be a RNQP for one country and a QP for another country. From practical viewpoint, as was done for quarantine pests, every country from the EAEU should start with drafting its own list of RNQPs. Recommendations coming from the outcome of the RNQP project could give a common ground within EU and EAEU.

It was recommended informing the IPPC about the outcomes of the Workshop. Feedback from EPPO Panels on the workshop exercise would also be useful – including how to improve training materials.

As a result of the Working Group Sessions it was considered that Tilletia tritici is a very good candidate for the RNQP status. Dryocosmus kuriphilus should not qualify for the RNQP status because of the high level of natural dispersal of the pest compared to spread via plants for planting of the pest, to places of production in areas where the pest is already present. For RLBV, participants concluded that there were still a lot of knowledge gaps making the evaluation of the RNQP concept more complicated; however there would be a benefit from including this virus in the Rubus certification scheme. Based on rapid discussion, participants commented that parasitic plants such as Cuscuta could be further considered for an RNQP status.

The EPPO Secretariat would like to express its gratitude to the trainers and the local organizers for their support in the organization and running of the Workshop.

Local organizer from the EEC 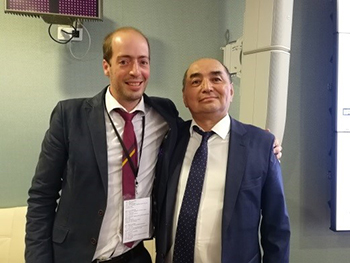 And finally, we would like to thank all presenters, participants, as well as translators, for having contributed to this successful event.