13th Meeting of the Resistance Panel on Plant Protection Products

The Resistance Panel on Plant Protection Products met in Paris on 2018-09-11/12 at the EPPO Headquarters. The Panel continued the discussion about the development of an EPPO Database on resistance cases. The aim of this database is to share information among the responsible authorities for registration of plant protection products across the EPPO region and between authorities and the agrochemical companies which apply for registration of their products. A prototype, developed by the EPPO Secretariat, was presented at the meeting and the information needed for the new cases to be entered was clarified. Prior to the meeting, several Panel members added resistance cases to the database to test the system. The pilot phase for the database is still ongoing and finalization is expected in 2019. 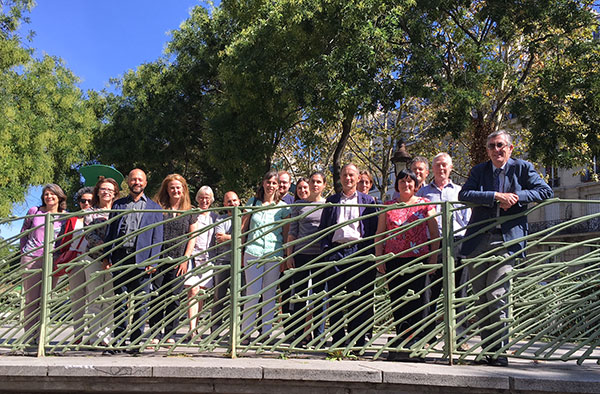 A regular topic on the agenda is the update from Panel members on the current and new resistance cases and management strategies in their countries. Country presentations were made by Denmark, France, Germany, Greece, the Netherlands, Spain, Portugal, Switzerland and the United Kingdom.

in which the French national resistance cases are made publicly available. She also described a proposal made by the R4P research group for a new nomenclature of plant protection products

to facilitate resistance monitoring and management.

. It was developed in the framework of a research project co-financed by the European Union and Greek national funds and includes results from bioassays, biochemical assays and molecular assays. View presentation.

Country presentations were followed by information from the Resistance Action Committees (RACs): Mr Genet and Ms Salas informed the Panel about the new developments and recent activities for the Fungicide RAC (FRAC) and for the European and Global Herbicide RAC (EHRAC) respectively. The Insecticide RAC (IRAC) representative was not present in the meeting this year.

The EPPO Panel on Resistance will next meet on 2019-09-19, in Harpenden (GB) in conjunction with the conference organized by  Rothamsted Research ‘Resistance 2019’