The 65th Session of EPPO Council took place in Riga from 15th-16th September 2015. It was preceded by meeting of the Executive Committee on the Monday and followed on the Thursday by a technical colloquium and field visit on plant protection in the forestry sector. 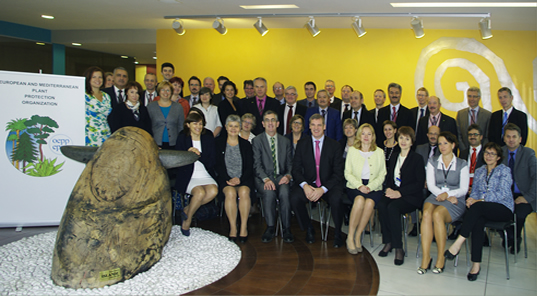 The administrative business of the Council went smoothly, with acceptance of the annual report and accounts, agreement of a 1% increase in financial contributions for 2016 and agreement of the proposed 2016 work programme, with a few small modifications. A number of new and revised EPPO Standards were agreed, and some additional pests proposed for regulation. 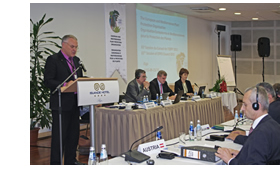 Council members were updated on the technical work being carried out by EPPO Panels under the guidance of the Working Party on Phytosanitary Regulations and the Working Party on Plant Protection Products. They also received reports on a number of current projects. EPPO is now hosting the EU Minor Uses Co-ordination Facility (funded by a number of member countries and the EU) and the Euphresco network of phytosanitary research funders and managers (funded by members of the network), as well as participating in a number of research projects. Members welcomed the successful transfer of Euphresco and increasing interest in membership even from outside the region, and expressed a favourable view of developing long term funding options. Council was also informed of possible joint activities which will be explored with the Eurasian Economic Commission. The Eurasian Economic Commission and the European Commission have now been granted permanent observer status on EPPO Council and Working Parties.

Estonia are reaching the end of the term of service on the EPPO Executive Committee and Sweden was elected to serve in their place from 2016. Mr Ringolds Arnitis is stepping down from the chairmanship of EPPO, nine years after taking up that position. There were many expressions of appreciation for his service in different roles over that period. Mrs Karola Schorn of Germany was elected for a three year term as chair, and Mrs Natalia Sherokolava was elected for second term of three years as vice chair. 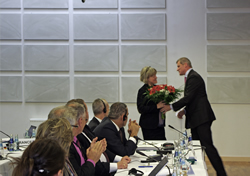 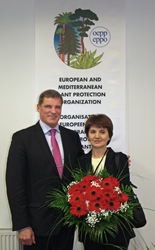 Mr Ralf Lopian of Finland gave a presentation on the proposed International Year of Plant Health which, subject to FAO and UN approval, will be celebrated in 2020. Members responded enthusiastically. EPPO will now begin considering how it could contribute to making this year a success in terms of raising awareness of the importance of plant health among a wide range of stakeholders.

Finally EPPO Council was pleased to mark the contribution of Mr Ian McDonell, during his 19 years as Executive Director of the North American Plant Protection Organization, to the good collaboration between our two regions. Mr McDonell was awarded the EPPO Gold Medal - the 17th such award in the 65 year history of EPPO. 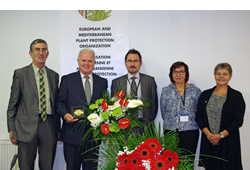 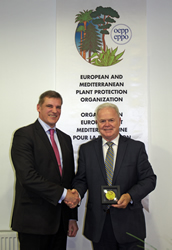 On the day after EPPO Council, many members stayed on to participate in a technical colloquium on plant protection in the forestry sector, including a field visit to see research on Heterobasidion annosum in eastern Latvia, and a tree seed processing facility. A summary of the presentations at the colloquium, and some points raised in conclusion, can be seen on this website. 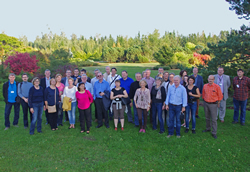 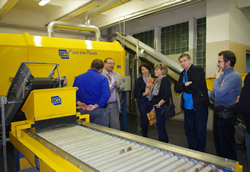 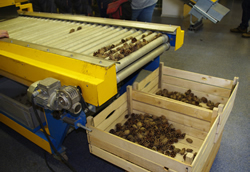 Thanks were expressed to our Latvian hosts for their efficient organization and warm hospitality. The next meeting of EPPO Council will take place in Paris from 27th-28th September 2016. Heads of National Plant Protection Organisations of our 50 member countries will receive an invitation during June 2016. 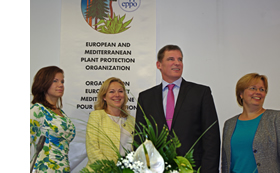