13th Meeting of the Panel on Diagnostics in Nematology 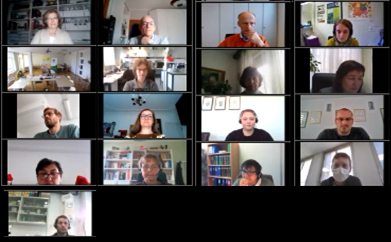 PM 7/004 Bursaphelenchus xylophilus
The Panel reviewed the country comments on the main text, for which authors had already provided some responses. In particular, the need for incubation of wood samples before testing was discussed in detail. It was noted that there is no data to compare testing after direct extraction from wood or extraction after incubation from wood. Such an evaluation could form part of a Euphresco project or be conducted by the European Union Reference Laboratory for Plant Parasitic Nematodes. Due to time limitations, it was not possible to discuss the comments on the (existing and those newly proposed) molecular tests in detail so an expert working group (EWG) was formed to work on these further. It was agreed that once the EWG has met and this protocol is finalized, the Protocol should be sent for country consultation for another round of first stage consultation (given the many changes made).

PM 7/040 Globodera rostochiensis and G. pallida
The Panel reviewed the country comments. Following the discussions, it was agreed that the EPPO Secretariat will prepare a final version and send this to the Panel to check. It will then be sent for the formal objection stage.

PM 7/94 Hirschmanniella spp.
This protocol was updated to include descriptions of 4 species (H. behningi, H. halophila, H. loofi and H. zostericola).  The Steward explained the other revisions to the keys and the Panel reviewed the protocol. Once the changes are made as agreed during the meeting the Panel this revision will be sent for country consultation.

PM 7/103 Meloidogyne enterolobii
The Panel reviewed the revision prepared by the Steward. More information will be collected, before it is ready for country consultation.

PM 7/95 Xiphinema americanum sensu lato
An Addendum to the Diagnostic Protocol will be prepared to add 2 recently described species.

PM 7/NEW Meloidogyne graminicola
The drafting group for this protocol provided an update of progress made.

Since the last meeting the following protocol in Nematology was approved and published:

will reviewed by Panel members before the next meeting. A list of Euphresco projects was presented to the Panel.
Some Panel members made presentations on:

The next meeting should be held in Croatia at the end of 2022. 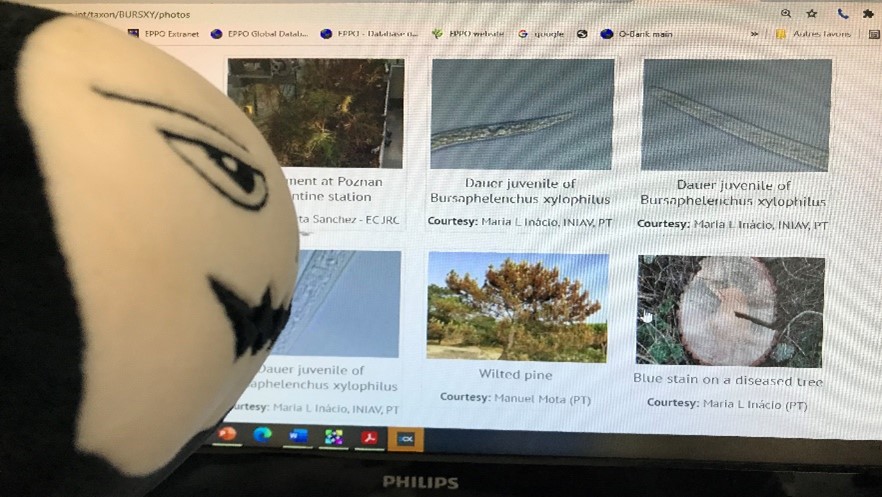 Beastie the bug raising awareness of plant health and having a look at photos
of pine wood nematode specimens and symptoms in the EPPO Global Database.