26th Meeting of the Panel on Phytosanitary Measures for Potato

The 26th meeting of the Panel on Phytosanitary Measures for Potato took place in Santa Cruz de Tenerife (ES) on 2020-02-11/13. The Panel discussed Standards under revision or development.

In July 2019, a subgroup of the Panel revised the introduction, the scope and developed a new appendix for Standard PM 9/25 National regulatory control system for Bactericera cockerelli and ‘Candidatus Liberibacter solanacearum’. This revision allows the inclusion of measures to reduce the risk of ‘Ca. L. solanacearum’ (e.g. haplotypes C, D & E) spreading to potato production systems when listed as a regulated non-quarantine pest (RNQP) on seed potato. After discussion on the revised version of the Standard, the Panel agreed that it could be sent for country consultation.

The Panel considered the comments received during country consultation on the draft Standard PM 3/NEW Testing of potato varieties to assess resistance to Synchytrium endobioticum. After a revision by the Expert working group (EWG), a finalized version will be presented for approval at the Working Party on Phytosanitary Regulations.

The draft Standard PM 3/NEW Management of phytosanitary risks for potato crops from movement of soil associated with root crops and potatoes was discussed in July 2019 within a subgroup of the Panel and was then provided to international stakeholders’ associations to gather additional comments. The Panel improved the draft which needs further development. A revised version will be presented to the Panel in 2021. 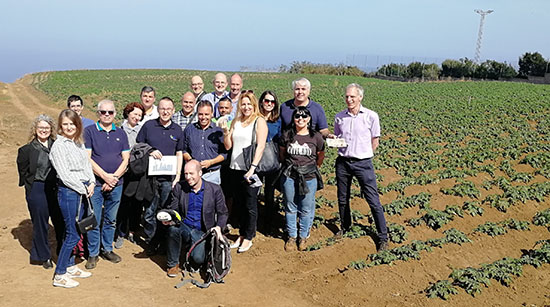 The Panel discussed needs for revision of the Phytosanitary Procedure Export certification and import compliance checking for potato tubers (PM 3/70), as well as the National Regulatory Control Systems for Clavibacter michiganensis subsp. sepedonicus [renamed Clavibacter sepedonicus] (Standard PM 9/2), Ralstonia solanacearum (PM 9/3) and PSTVd (PM 9/13). PM 9/2 was considered as being the highest priority for revision. Discussion with the European Commission is necessary not to duplicate work.

The Panel also discussed the development of generic risk management measures for Meloidogyne species (e.g. conditions for establishing a pest free production site). The Panel agreed that the pest-free status of an area would be difficult to guarantee for most of the Meloidogyne species, including M. chitwoodi and M. fallax.

Finally, the Panel was informed about the development of the true potato seed breeding technique in the EU, as well as about  Euphresco projects

A technical visit was organized to discuss the situation of Tecia solanivora in Canary Islands. The next Panel meeting is expected to be held in February 2021 at the EPPO Headquarters (Paris). 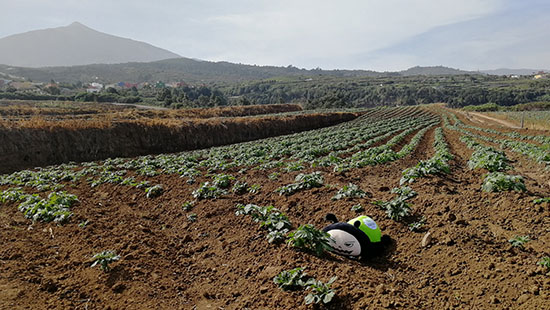 More pictures of the technical visit