The Panel reviewed the procedure for additions to and deletions from the EPPO Standard PM 6/3 List of biological control agents widely used in the EPPO region. The Panel considered who could submit a dossier for consideration to the EPPO Positive List and what information from the dossier could be made publicly available following approval. It was agreed that a revised procedure will be presented to the EPPO Working Party on Phytosanitary Regulations (WPPR) in 2021 for approval. 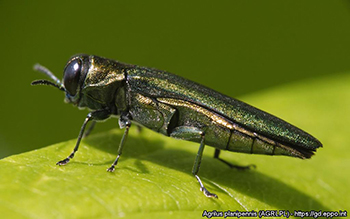 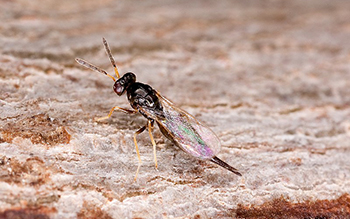 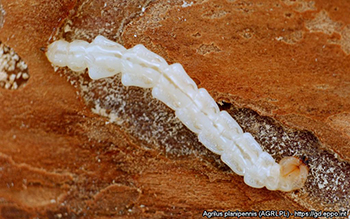 The Panel recommended the addition of three Biological Control Agents (BCAs) to the EPPO Positive List: Anastatus bifasciatus (Hymenoptera parasitoid), Heterorhabditis downesi (entomopathogenic nematode) and Eupeodes corollae (Diptera, Syrphidae). These dossiers will be presented to the WPPR in 2021 accompanied by an explanatory document reflecting the basis for the Panel’s recommendation.

The Panel worked on an update of the EPPO Standard PM 6/3 List of biological control agents widely used in the EPPO region and agreed revisions. The Panel discussed the criteria for addition of BCAs to the List. An updated Standard will be circulated to Panel members for approval before sending it for country consultation and to the WPPR.

The Panel considered the assessment of Tetrastichus planipennisi (a parasitoid of Agrilus planipennis) conducted by experts in the United Kingdom using the EPPO Standard PM 6/4 Decision‐support scheme for import and release of biological control agents of plant pests. This is the first time the Decision-support scheme has been tested in full and feedback from these experts was very useful and will be considered when revising the scheme in the future.

The Panel discussed the need for a new questionnaire on regulation and use of BCAs in the EPPO region. The Panel considered that such a questionnaire would only be useful if a more complete list of contact points for the national authorities responsible for BCAs in the EPPO countries is established. The Panel will focus efforts on obtaining this information through NPPOs, the biocontrol industry and international associations such as the International Biocontrol Manufacturers Association (IBMA).

The Panel discussed mechanisms to exchange information on BCAs and the idea of creating an online platform that could facilitate such an exchange. The Panel identified the following questions: what should be achieved by this information sharing? what information should be shared? and who should have the access to this information? The EPPO Secretariat will present a comprehensive proposal for this activity at the next Panel meeting.

The Panel discussed the possibilities of inclusion of BCA use as an option in contingency plans for regulated pests. The Panel considered that the most important point is to show to NPPOs that the use of BCAs could be an important phytosanitary option for reducing risks from regulated pests especially in specific situations (urban areas, private land and forests, and against polyphagous pests). The Panel decided to develop a position paper indicating the role that BCAs could play against regulated pests and highlighting specific case studies. In addition, the paper could highlight the need to raise public awareness on biocontrol.

The Panel supported the development of an EPPO Standard on evaluation of host specificity of BCAs for invasive alien plants and decided that external expertise should be used. Relevant experts should be targeted by the EPPO Secretariat, Panel members and the International Organisation for Biological and Integrated Control (IOBC). The Panel also decided that the same approach could be used for classical biological control using microorganisms and the work on them could be added to the work programme of the Panel in the future if a practical need is identified.