The Panel discussed developments on biological control agents in the EPPO region. Two non-indigenous parasitoids of Halyomorpha halys have recently established in Italy: Trissolcus japonicus and Trissolcus mitsukurii. Both are more efficient than indigenous natural enemies, especially T. mitsukurii, which has already been shown to parasitize up to 50 % of the pest populations. The promising news from Russia is that the parasitoid Spathius polonicus, which is indigenous to Europe, has now adapted to A. planipennis in European Russia and seems to be efficient in reducing the pest populations. Nevertheless, introduction of non-indigenous parasitoids from China and the Far East of Russia could be even more successful. The Panel noted that the EPPO Working Party for Phytosanitary Regulations approved the addition of Trichopria drosophilae and Propylea quatuordecimpunctata to the EPPO ‘Positive List’ (Appendices I & II to the EPPO Standard PM 6/3). 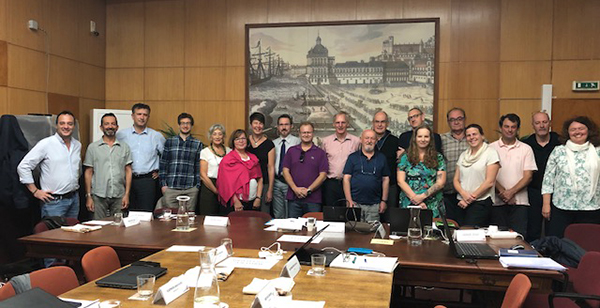 The Panel recommended addition of three BCAs to the EPPO ‘Positive List’. In total, four applications were considered for: Anastatus bifasciatus, Heterorhabditis downesi, Trichogramma achaeae and Trichogramma cordubensis. The Panel decided not to recommend T. achaeae for addition because there is not yet five years of experience in 5 EPPO countries, which is one of the criteria of the ‘Positive List’. Addition of this BCA could be proposed again later when this criterion is met. The other three BCAs were recommended by the Panel for addition to the EPPO ‘Positive List’. The Panel assessed the first use of the new procedure of BCA addition to and deletion from the ‘Positive List’ and proposed some changes.

The Panel also discussed the creation of an EPPO platform on information exchange on BCA assessments and releases and noted that main challenges would be to identify contacts of authorities within EPPO countries responsible for BCA regulations and to encourage them to upload information. A presentation was given to the Panel on the use of SIT (Sterile Insect Technique) in plant protection and the possibility to consider sterile insects as BCAs was discussed.

The scope of the Panel and its future work programme were also discussed. BCAs of invasive plants are within the scope of the Panel but until now no applications for their addition to the ‘Positive List’ have been received. Microbiological BCAs (fungi, bacteria, viruses) used as classical BCAs are also included in the Terms of Reference but expertise on them is lacking in the Panel. The assessment of one or two Agrilus planipennis parasitoids according to the EPPO Standard PM 6/4 is proposed for the work programme of the Panel in 2020 as well as brainstorming on the contingency planning of biological control for emerging pests to be prepared before they arrive in a country.