Sixty experts in phytosanitary regulation and forestry from across Europe gathered in Zlatibor, Serbia on 26th November 2018 for a three day contingency exercise. Four groups (three working in English, one in Serbian) played the role of outbreak management teams dealing with an outbreak of a forestry pest in the nearby Tara National Park.

The pest chosen for the scenario was pinewood nematode (Bursaphelenchus xylophilus, or PWN). EPPO has recently revised its PM 9 Standard on regulatory control systems for this pest, and the revised Standard was one of the sources of guidance available for the teams. The main purpose was not to learn more about PWN (though we did, of course, from the experts present) but to recreate the confusion and stress of a real emergency and learn from that experience how to pull together an effective team to manage the response to an outbreak. 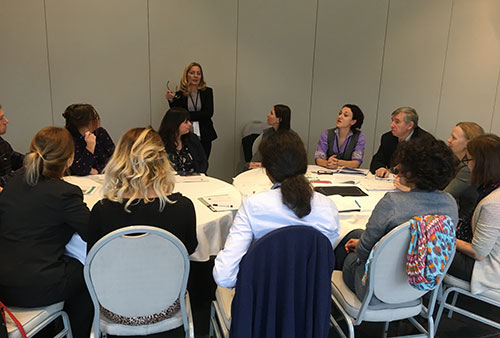 The stated objectives of the Workshop were to:

The group working in Serbian summed up the experience nicely:

Day 1: Panic - who is who, what is this, panic again but we keep going on

Day 3: Triumph - finally understood what we are doing, who is doing what

In addition to facilitators for each group there was a central team of three, plus a journalist offering advice and training on communications. The communications aspects were particularly appreciated and the programme was adjusted during the workshop to ensure that each group could role play a public meeting for concerned residents and stakeholders, with the journalist conducting interviews and providing feedback. 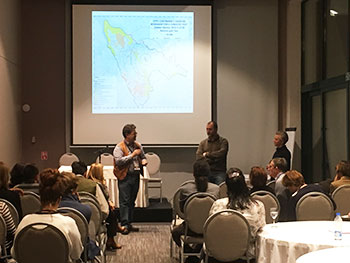 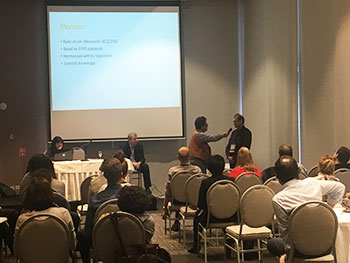 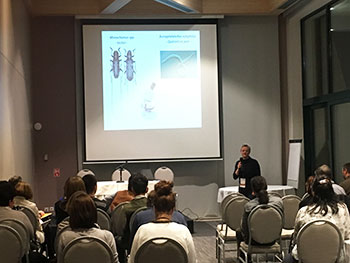 Role playing meetings to explain the outbreak to the public and stakeholders, with a journalist asking awkward questions! 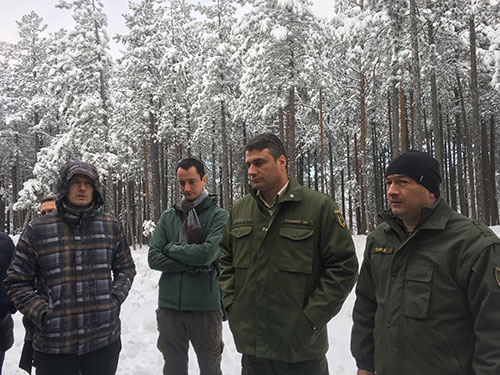 The National Park staff who welcomed us to Tara

On the third day the weather cleared for our technical visit to the supposed site of the outbreak in the scenario - a visitor centre at Tara National Park. In reality Serbia is known from surveys to be free from PWN. The group heard from National Park staff about the great array of other species found there, including a small population of brown bears which we didn’t see and the rare endemic Serbian Spruce Picea omorika which we did. 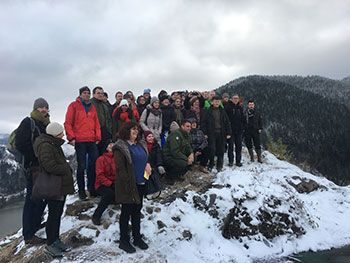 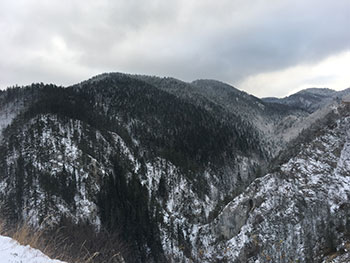 The group preparing to look around for a view ... down to a stand of the rare Picea omorika

Evaluation at the end of the Workshop was done in two phases. In the first phase participants reviewed what their groups had got right and what they would do differently another time or for managing a real outbreak. Each group indicated that they had learned significant lessons about dealing with an outbreak. Early and regular communications, clarity of roles, a clear command structure and good administrative support to keep track of information coming in and out were all found to be important. The need to step back from the immediate problems and review the situation together from time to time was also mentioned.

In the second phase participants made suggestions about what EPPO should do the same and what we should consider doing differently if we were to run another such Workshop. More time for the training on communications and more immediate feedback from facilitators on the outputs produced by groups were two of the suggestions. More room would also be useful to enable each group to break into subgroups for specific tasks.

Some groups had plenty of space to spread out ... 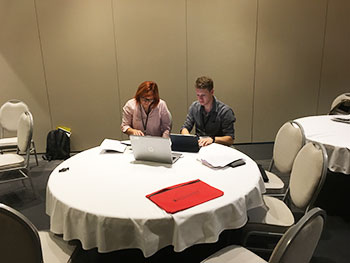 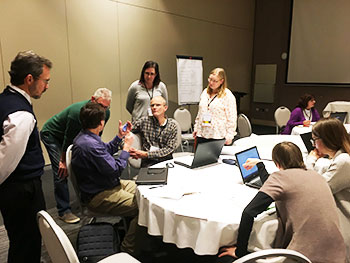 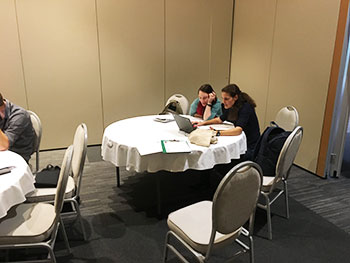 Others were rather more cramped … 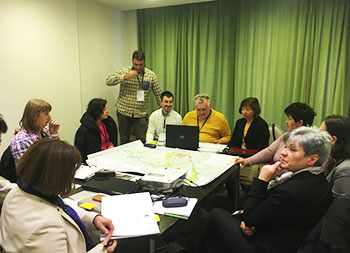 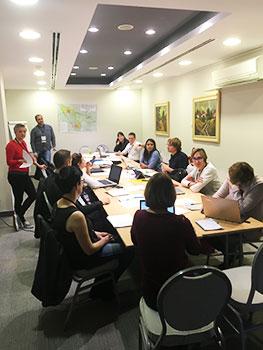 This was the first time EPPO had run an exercise of this complexity, and probably the first time a three day contingency exercise for a plant pest outbreak has been run in Europe. Participants were very engaged in the scenario and a general conclusion was that it was a good learning experience and more fun than dealing with a real outbreak! EPPO is grateful to the Serbian Ministry of Agriculture, Forestry and Water Management, the Tara National Park, the facilitators, all other members of the planning team and the participants themselves who played roles with such enthusiasm during the Workshop.