8th Meeting of the Panel on Diagnostics and Quality Assurance

The Panel was hosted in Oeiras, near Lisbon at the kind invitation of the Instituto Nacional de Investigação Agrária e Veterinária (INIAV). The Panel continued its tasks including: work on general protocols on quality assurance and other horizontal issues in diagnosis, review of IPPC protocols, identifying research needs, reviewing national initiatives in the field of diagnostics, suggesting improvements that could be made to the EPPO Databases, reviewing the activities of specialized diagnostic Panels and working to ensure consistency between the different diagnostic protocols proposed for adoption. Comments collected throughout the year on the EPPO instructions to authors of diagnostic protocols were reviewed and the instructions were revised. 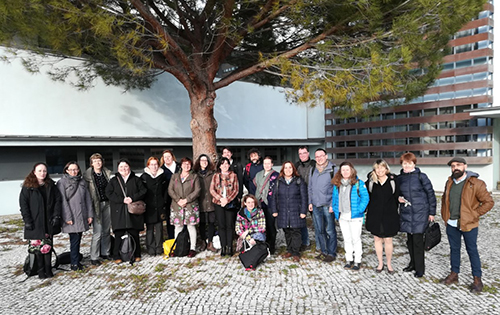 PM 7/76 Use of EPPO Diagnostic protocols
The Panel went through the changes proposed by the EPPO Secretariat to update the Standard and to add the section requested by the Working Party on Phytosanitary Regulations on communication between diagnosticians and pest risk managers. Following the Panel the revised version prepared was then discussed further at the Panel on Phytosanitary Measures and sent for country consultation.

PM 7/84 Basic requirements for quality management in plant pest diagnosis laboratories
The Panel went through the comments received during country consultation and in particular agreed on a definition of ‘diagnosis’ which will be added to PM 7/76. It was agreed that once the final changes are made that this Standard can be presented to the Working Party on Phytosanitary Regulations for a recommendation for approval to the Executive Committee and Council.

PM 7/98(2) Specific requirements for laboratories preparing accreditation for a plant pest diagnostic activity
The Panel went through the comments received during country consultation. Clarification of the terms Performance Criteria and Performance Characteristics was agreed. It was agreed that the revision is urgent (to include guidance linked to flexible scope) and that the changes proposed to the tables in Appendix 4 would require consultation of the specialist Panels and delay the revision and should be covered in a subsequent revision. The subsequent revision will also include experience gathered by certain members of the Panel following audits according to the new version of the ISO 17025 Standard.

It was agreed that once the final changes are made and the details that need to be checked are clarified that this Standard can be presented to the Working Party on Phytosanitary Regulations for a recommendation for approval to the Executive Committee and Council. As explained above plans are already in progress for the subsequent revision of this Standard.

The Panel discussed how to update the Standard as (1) existing tests are revised and new pests are added and (2) new tests are developed which would change the existing appendices. A procedure was agreed and laboratories will be contacted to collect information.

High Throughput Sequencing (also called Next Generation Sequencing technologies)
The Panel discussed work and projects in progress on NGS technologies and the guidelines under development which could be used as a basis for an EPPO Standard.

Update on other activities within EPPO
Plans for the EPPO Database on diagnostic expertise, in particular on validation data were discussed related to EPPO’s participation in the Valitest project. An update on the current situation concerning the project for EPPO to examine the integration of Q-bank was also presented.

ISO/CD 13484 Foodstuffs — General requirements for molecular biology analysis for detection and identification of plant pests
Members of the Panel who had attended the ISO meeting where this Standard was discussed presented an update of the situation. Panel members were encouraged to communicate with their ISO contact points about the possibility of this being made into a Technical Specification and to ensure that representatives attend the next meeting in 2019 where this should be discussed so that feedback can be provided.