The ad hoc Panel on Plant Protection Information met in Vienna at the kind invitation of AGES. A large part of the meeting was dedicated to the preparation of an EPPO Standard on how to raise public awareness on regulated pests and emerging pests. Numerous points were raised during these discussions such as: how to segment the audience to convey a meaningful message; which factors should be taken into account when deciding to conduct an information campaign, how to identify and adjust the necessary resources. Some preliminary examples of successful national information campaigns were also included to illustrate the Standard, but more will be added. A revised draft Standard will be presented to the Working Party on Phytosanitary Regulations for information. 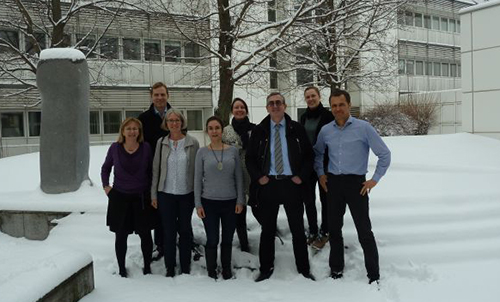 The Panel also worked on templates for posters, leaflets and FAQs (frequently asked questions) to raise public awareness about specific pests and diseases (e.g. Agrilus planipennis, Anthonomus eugenii, huanglongbing, Popillia japonica, and Xylella fastidiosa). It was agreed that these templates should remain modifiable by NPPOs, in order to be easily translated or adapted to already existing national branding. These templates (poster, leaflet) will be presented to the Working Party on Phytosanitary Regulations and if agreed, published on the EPPO website with explanations on how to use them. A list of FAQs will be included as an Appendix of the Standard.

This meeting was also the opportunity for the EPPO Secretariat to present the current EPPO information services and their future development. Panel members were also asked to provide some feed-back on possible improvements.

Warm thanks are due to Ms Topitschnig and her colleagues for the excellent organization of the meeting. Panel members also enjoyed a nice evening walk in a snowy Vienna, followed by a typical Austrian dinner.