The Panel was held in the Russian National Plant Quarantine Centre with the participation of Russian NPPO (Rosselkhoznadzor). Host experts provided information to Panel members on the history of the use of biological control agents in the Soviet Union and the Russian Federation. They informed the Panel that the development of biological plant protection has significantly decreased in comparison with Soviet times, with 90% of BCA products now imported to the Russian Federation. The import of BCAs is not regulated but regulation is likely to be developed at the level of EurAsian Economic Union. Assessment of BCAs before release is not carried out. The main difficulties are the lack of reliable information, the lack of harmonized terminology and the focus of the plant protection industry on single-use BCAs (and other related products). The last factor is the main obstacle for the development of classical biological control. 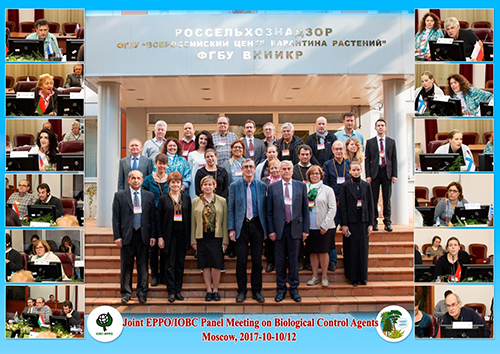 The Panel considered the draft document on the information requirements to support the decision on additions to the EPPO list of widely used BCAs (first two tables of the EPPO Standard PM 6/3). The drafts concerning the augmentatively used BCAs and classical BCAs prepared by small groups of Panel experts were further revised by the Panel. They will be added as annex to the new ‘Procedure for addition of BCAs to the EPPO Lists’. The draft of this procedure prepared by the EPPO Secretariat was discussed and amended by the Panel and will be published on the EPPO website (after its adoption by the EPPO Working Party on Phytosanitary Regulations) for experts who wish to propose additions of BCAs to the EPPO lists.

The EPPO Work Programme concerning the use of BCAs was also discussed at the meeting as well as possible biocontrol issues in the framework of the Euphresco network and needs identified by the new EU Minor Uses Co-ordination Facility.