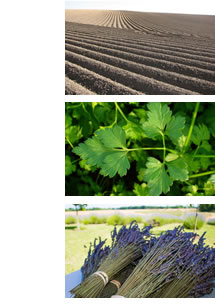 The ad hoc Panel on Harmonization of data on plant protection products met in Paris at the EPPO headquarters on 2016-03-07/09 to discuss the development of the EPPO Codes. This meeting was organized back to back with the EPPO Codes users meeting

. The main reasons to develop EPPO Codes for plant protection products (PPPs) uses include the need for harmonized definitions of declared uses of PPPs to facilitate communication among countries. This is of particular relevance to registration authorities in the framework of the mutual recognition and zonal assessment required in EU Regulation 1107/2009. Data exchange and the work related to extrapolation of data for efficacy evaluation of minor uses would also be facilitated by the development of harmonized Codes for PPP uses. At the meeting, Mr Meeussen presented the EU Minor Uses Co-ordination Facility (MUCF)

which became operational on the 1st of September 2015.

The Panel discussed a number of proposals for classification of non-taxonomic Codes intended to be meaningful in the context of PPP efficacy evaluation in particular, and based on demonstrated and potential usefulness for registration purposes.

The ad hoc Panel prepared a draft classification of Codes for several groups, including arable crops, fruit, vegetables and ‘herbs, spices and medicinal plants’. Crop sub-groups and the list of species defining these groups were identified. The top levels of the classification for ornamentals have also been discussed. A number of useful Codes for crop destination and crop location were defined following the principle that a PPP use can be described by a combination of codes which may include relevant qualifiers. This is a principle stated in EPPO Standard PP 1/248 Harmonized classification and coding of the uses of plant protection products.

. Observations from EPPO Codes users, with supporting evidence, will be collected before the meeting and considered before decisions are taken.

The next meeting of the ad hoc Panel on Harmonization of data on PPP will take place in Paris, at the EPPO headquarters, on 2017-03-07/09.