63rd Meeting of the Panel on CPM affairs

The EPPO Panel on CPM affairs met on 2016-04-26/29 at the EPPO headquarters in Paris. The Panel members shared their views on the last meeting of the CPM Commission on Phytosanitary Measures (CPM-11, Rome, 2016-04-04/08) highlighting the key points and identifying future actions.

The Panel discussed how to move forward in the discussion on Commodity Standards and decided to prepare an EPPO discussion paper to be presented to the Standard Committee (SC) meeting in November 2016. The topic of Sea Containers was also addressed and a paper was agreed to respond to the call launched by the IPPC Secretariat for discussion in the CPM Bureau. 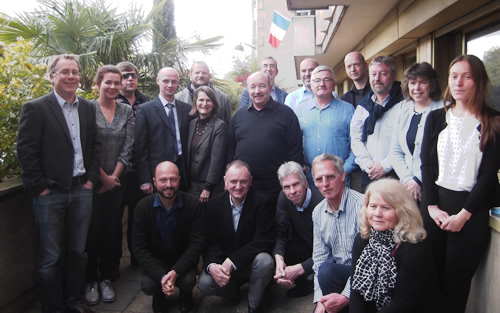 The Panel members considered the following two draft ISPM specifications which will be considered by the SC at the May 2016 meeting:

The Panel analyzed the following draft ISPMs which will be considered by the SC at its next meeting:

The Panel addressed the following draft ISPMs which will be considered by the Working group of the SC (the SC-7):

The Panel members were updated on the latest developments on the preparation of the International Year of Plant Health in 2020, on ePhyto and the discussion around the preparation of the IPPC Strategic Framework. The outcomes of the Workshop on Synergies among the Biodiversity Related Conventions (Geneva CH, 2016-02-08/11) were also presented.

The meeting included a review of the EPPO nominations in CPM bodies for the European region, an update the list of topics for ISPMs with nominated EPPO stewards and the finalization of the document ‘EPPO Guidelines on Responsibilities and Procedures for EPPO Stewards for ISPMs'.

The next meeting of the EPPO Panel on CPM affairs will take place in Minsk on 2016-09-7/9 in conjunction with the IPPC Regional Workshop for Eastern Europe and Central Asia.