In the context of Regulation 2016/2031 of 26 October 2016 on protective measures against pests of plants, and its list of pests to be published in an implementing act in the following 3 years, EPPO has contracted a 2-year project with the EU Commission on Regulated Non-Quarantine Pests (RNQPs).

RNQPs are defined in two International Standards for Phytosanitary Measures (ISPM 16: Regulated non-quarantine pests: concept and application and ISPM 21: Pest risk analysis for regulated non-quarantine pests). More specifically article 36 of EU Regulation 2016/2031 defines RNQPs as pests with a clear taxonomic identity, present in the European Union territory, transmitted mainly through specific plants for planting, whose presence has an unacceptable economic impact as regards the intended use, and where feasible and effective measures are available. Article 37 of EU Regulation 2016/2031 regulates RNQPs for professional operators.

The pests/entries that may fulfill that definition, and for which the specification requires the assessment of the relevance of the RNQP status, are those currently listed within the EU Marketing Directives on reproductive material, plus some proposed by the Annex Working Group (section 2) of the EU Commission and mainly coming from Annex IIA2 of EU Council Directive 2000/29/EC. 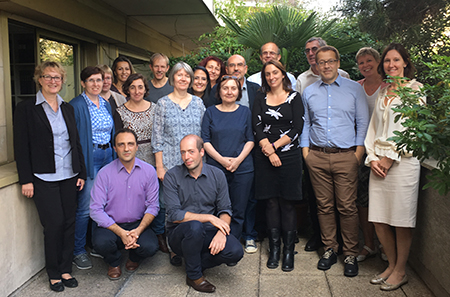 Objective of the project

The objective of this project is to define a list of RNQPs for the EU. In addition, this list may serve as a basis for other EPPO member countries to establish their own regulations. In order to define such a list of RNQPs, the work has been divided into two phases:

In 2016, a screening methodology was developed. Its development involved the following activities: 1) development of a database; 2) organization of two questionnaires to gather information on the economic value of the sectors; 3) discussions on how to address entries not precisely defined in the EU Marketing Directives (e.g. entries corresponding to pests not listed at species level); and 4) elaboration of proposals to amend the current thresholds/requirements implemented within those Directives.

A Horizontal Expert Working Group (HEWG) composed of experts coming from EU and non-EU countries was in charge of the drafting and finalization of the screening methodology. The HEWG was composed of a core group and an enlarged group: