64th Meeting of the Panel on CPM affairs 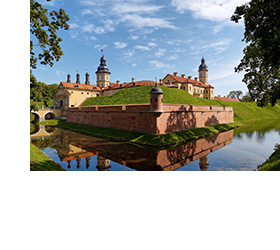 The EPPO Panel on CPM affairs met on 2016-09-07/07 in Minsk hosted by the State Inspectorate for Seed Production, Quarantine and Plant Protection to which thanks are due for the warm hospitability and excellent organization of this meeting. The Panel meeting was held in the same week as the 2016 IPPC Regional Workshop for Central and Eastern Europe and Central Asia (Minsk, 2016-09-05/09).

The Panel discussed how to move forward in the discussion on Commodity Standards and worked on a set of EPPO discussion papers to be presented to the Standard Committee (SC) meeting in November 2016. The Panel members analyzed the following draft ISPMs which were under consultation. The EPPO comments once finalized were shared with the IPPC Secretariat through the Online Commenting System (OCS):

The Panel members were updated on the latest developments on the preparation of the International Year of Plant Health in 2020 and on ePhyto. The meeting included a review of the EPPO nominations in CPM bodies for the European region and an update the list of topics for ISPMs with nominated EPPO stewards.