3rd Meeting of the Panel on Diagnostics in Entomology 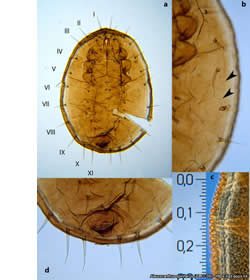 The Panel was organised in Rome to allow Panel members to participate in the IPPC ‘market place’ event on diagnostic activities and new detection tools organized at the FAO headquarters alongside the meeting of the IPPC Commission of Phytosanitary Measures. The Panel continued its task of developing diagnostic protocols for entomology.

The Panel noted that the EU Regulation No. 882/2004 on official controls is under revision and will be extended to cover the plant health sector. Panel members exchanged views on the consequences of this regulation in entomology and more generally on the challenge of accreditation in their field.

The development of an IPPC diagnostic protocol follows three steps: 1) Development of the protocol by a drafting team, 2) Review of the document by an international group of experts, 3) Consultation of the draft by member countries. A few years ago it was agreed that the comments on IPPC diagnostic protocols would be coordinated at EPPO level and that the specific Panels would review the documents to prepare regional positions. During this meeting the Panel prepared the regional comments on the diagnostic protocol on Liriomyza spp. and these comments will be submitted by the EPPO Secretariat by the end of June 2015.

The few comments made during country consultation on the diagnostic protocol on Spodoptera spp. were discussed by the Panel. The EPPO Secretariat will finalize the document and will present it to the Working Party on Phytosanitary Regulations and for approval by the EPPO Council in September 2015.

Future priorities for revision and future programme for specific protocols

The Panel suggested that the procedure for the revision of diagnostic protocols should be amended to clearly state that a revision should only be proposed when one (or more) of the following is applicable: a new test becomes available, another species should be covered in the protocol or changes in taxonomy require a modification of the protocol.
Panel members identified the following species as the highest priorities for the possible development of new diagnostic protocols: Thaumatotibia leucotreta, Dendrolimus sibericus, Agrilus planipennis and Agrilus anxius, Diabrotica speciosa, Philaenus spumarius, Pityophthorus juglandis.
A lower priority was given to: Anastrepha ludens, Xylosandrus crassiusculus, Aproceros leucopoda, Megacopta cribraria, Strauzia longipennis.

The Panel discussed a revision proposed by Dutch experts of the Standard ‘Use of EPPO diagnostic protocols’ (PM 7/76). This Standard describes the purpose of diagnostic protocols for regulated pests and includes definition used in these protocols. Panel members did not support the proposal made which was from their perspective going too far in separating morphological identification from other diagnostic methods. However they underlined that diagnostic protocols were providing guidance but should not be considered as Standard Operating Procedures and this should be clearly stated in PM 7/76. The Panel asked the EPPO Secretariat to suggest that this Standard should be slightly revised.

The Euphresco network, hosted within EPPO since June 2014 was presented, with a special focus on the funding activities that have started and the possibility for scientists to inform Euphresco national representatives on topics of interest was discussed. An update on the current status of EPPO potentially hosting Q-bank was also presented. The next meeting will be held in Paris at the end of the year 2016 approximately. 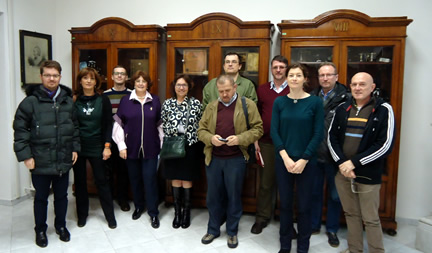