The 20th meeting of the Panel on Invasive Alien Plants took place at the EPPO headquarters in Paris (FR) between 2015-05-05/07. 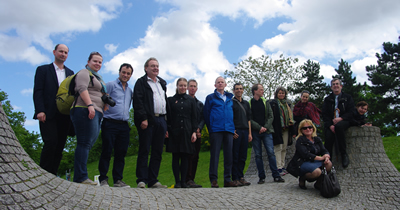 The Pest Risk Analyses for Microstegium vimineum, Myriophyllum heterophyllum and Alternanthera philoxeroides which had been reviewed during EPPO Expert Working Groups will be presented to the next Working Party on Phytosanitary Regulations. Additionally, Mr Starfinger presented the national (German) PRA on Taraxacum koksaghyz – a species used for rubber production. The PM9 on Parthenium hysterophorus was also reviewed and finalised by the Panel; this will now be presented to the Working Party on Phytosanitary Regulations.

The Panel considered that two Ambrosia species, Ambrosia confertiflora and Ambrosia trifida, should be the next invasive alien plants for which a PRA and an EPPO Expert Working Group should be organised in 2015/16.