50th Meeting of the Panel on Phytosanitary Measures

The 50th meeting of the Panel on Phytosanitary Measures took place in Antalya at the kind invitation of the Turkish NPPO. The Panel had the opportunity to visit a plant propagation nursery, a seed production company and a vegetable export company. 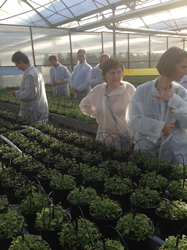 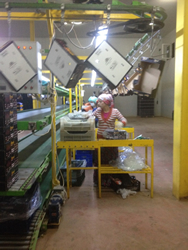 The Panel reviewed the draft guidance on the phytosanitary measure ‘plants grown under complete physical isolation’. It discussed if it should be an appendix to the EPPO PRA schemes (i.e. a guidance document as decided at the last meeting) or a Standard. It was decided that the document should be developed as a Standard in the series PM 3 (Phytosanitary procedures), and could be cross-referenced in the EPPO PRA schemes. A table presenting the different types of physical protection depending on the mode of spread of pests was prepared. A revised draft should be circulated by the EPPO Secretariat to gather comments and the Standard should be reviewed again at the next meeting of the Panel on Phytosanitary Measures. Each Panel member was asked to list the measures necessary for complete physical protection for a specific pest.

Document on the circumstances of use of PRA schemes

The Working Party on Phytosanitary Regulations in June 2014 had decided that a document should be prepared, describing the different circumstances for use of PRA, their purpose and audience, the schemes used and the time and resources needed to complete them. A document was prepared by the EPPO Secretariat with input from different PRA experts. The document was amended during the meeting and will be reviewed again at the next meeting.

In addition to this document it was also suggested that a questionnaire sent to NPPOs could help clarify which schemes are used in EPPO countries and the level of detail needed in different PRAs. A questionnaire should be prepared by the EPPO Secretariat and the Panel consulted.

The Panel also discussed the current system of EWG to perform PRA for the EPPO region. It was noted that the level of detail of EPPO PRAs has become a critical issue, linked to the issue of what makes a PRA fit for purpose. This issue should be discussed both at the next meeting and at the Working Party.

The Working Party had discussed what to do when a species is divided into separate species or renamed. It had recognized that the fact that a species is renamed is not a reason for not supporting the existing regulation, but that clarification was needed when a species is split-up into different species. The Working Party had concluded that the Secretariat and relevant Panels should analyse individual cases and make recommendations. The EPPO Secretariat had developed a process to be followed when a species is divided. This process considers whether there is a difference of impact or host range that could lead to a different quarantine status, in contrast to a simpler redefinition of species (e.g. where a phylogenic study identifies a separate clade, which is then described as a distinct species). The Panel approved the process and suggested that it should be presented at the next Working Party on Phytosanitary Regulations. However the Panel also noted the difficulties linked to the reassignment in the geographic distribution of split-up species, which may consequently lead to delays in applying the recommendations. The process was implemented for Xanthomonas axonopodis pv. vesicatoria and Andean potato latent virus (APLV).

- Summary document in support of recommendations
The Working Party had concluded that the study provided sufficient information to support a general requirement for a phytosanitary certificate (PC) for tomato fruit, and this recommendation had been validated by the EPPO Council. The Working Party had requested that a summary document is prepared in support of this proposal. The Panel reviewed the document drafted by the Secretariat and suggested that the document is circulated to all NPPOs, asking them to provide information and feedback before the end of January 2015.

- Selection of pests for which specific requirements are likely to be needed in addition to the PC requirement
As more than 40 insects that may be associated with tomato fruit in trade were identified during the tomato study, and PRAs cannot be prepared quickly on all of these insects, the Working Party had agreed that a system should be developed to select those pests for which a PRA should be prepared. A rating system was prepared and presented for discussion. Comments were gathered and it was agreed to revise the proposed rating system and apply it to the 40 pest identified, in collaboration with 2 UK analysts and Ms Bouhot-Delduc. This issue will be rediscussed at the next meeting.

It was also decided that the Secretariat will draft a Standard on Guidelines to establish pest lists in pathway studies, for the next meeting to be developed further by the Panel, and reviewed by the Panel on PRA development.

An update on the progress made on the EU FP7 project DROPSA was presented including the list of priority fruits for pathway studies. The final objective of the project is to prepare alert lists identifying pests likely to be found on selected fruit species. The Panel wondered if emerging trade in some fruits (in particular tropical ones) could not be identified and suggested asking NPPOs to provide fruit trade information to investigate if some emerging trade could be identified.

A first draft of the study was presented to the Panel and comments were gathered which were provided to the authors of the study.

The next Panel meeting is scheduled in March 2015 in Paris.