51st Meeting of the Working Party on Phytosanitary Regulations

The 51st meeting of the Working Party on Phytosanitary Regulations took place in Sarajevo, on 2013-06-17/20 at the kind invitation of the NPPO of Bosnia & Herzegovina. This EPPO Working Party directs and supervises the technical work of many EPPO Panels related to plant health. The report of the meeting prepared for the EPPO Council and Executive Committee presents in greater detail the discussions, decisions and recommendations which were made by the Working Party; some of the major points are summarized here. 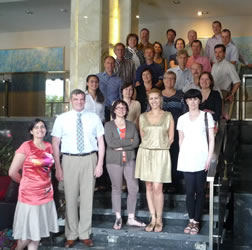 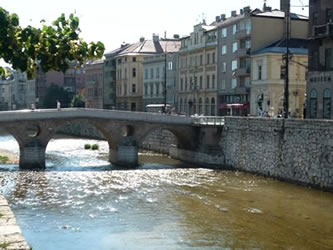 The following EPPO Standards were considered ready to be submitted for approval by Executive Committee and Council in September 2013:

Revision of PM 1/2, by addition of the following pests to the List of pests recommended for regulation:
- Pests absent from the region (A1): Apriona germari, Apriona japonica, Apriona cinerea, Oemona hirta
- Pests present in the region (A2): Phytophthora kernoviae, Phytophthora ramorum, Thaumatotibia leucotreta, Baccharis halimifolia
In addition, phytosanitary requirements for Agrilus planipennis have been revised.

In the series PM 3 Phytosanitary Procedures, the Working Party supported the republication of the Standards listed below. Previous versions of these standards included information on diagnostics which was outdated and is now replaced by a reference to the relevant Diagnostic Protocol.

In addition the Working Party agreed with the withdrawal of the EPPO Standards listed below. These standards mainly included descriptions of detection tests that are now part of the EPPO diagnostic protocols for the pests concerned and PM 3/35 is outdated.

The Working Party was informed about subjects discussed by the Commission for Phytosanitary Measures, the Standards Committee, and the CPM Bureau. It discussed in particular the developments on electronic certification and decided that a Workshop on this issue should be organized in the EPPO region in 2014.

The Working Party established a list of pests for which PRA should be performed in 2013-2014. Expert Working Groups for PRA should be organized on Aromia bungii and Microstegium vimineum. A study will also be performed on wood chips and wood waste commodities to gather information on the mode of production and use of these commodities. Specifications will be drafted by the Panel on Phytosanitary Measures and the Panel on Quarantine Pests for Forestry.

The Working Party agreed with the conclusions of the 2nd EPPO Workshop for Heads of Laboratories. As a result, a Workshop on accreditation will be organized in early 2014. EPPO countries were encouraged to promote the Validation Database (launched in December 2012) that their national laboratories can share validation data.

The Working Party was presented with the main achievements of the Panel on Invasive Alien Plants since its creation 10 years ago, and the recent developments on the use of the EPPO Prioritization Process for Invasive Alien plants. It was noted that regulations on invasive alien plants still need to be adopted at regional level but that the work on the Panel will be useful in this respect.

Relationship between EPPO and other bodies

The Working Party was informed that a Memorandum of Understanding between EPPO and CABI has been recently signed.

The Working Party was informed about the latest discussions regarding the possibility for EPPO to host the EUPHRESCO network Secretariat for the next 2 years.

It was noted that the discussion on EPPO hosting the Q-bank database was postponed to 2014.

Mr Arijs (EU) presented the proposal for the new EU Regulation on plant health underlining the main points of interest for the Working Party.

The Working Party was presented with the final web interface allowing EPPO countries to make their pest reports to EPPO and if relevant to other bodies such as the IPPC and the EU.

The Working Party was presented with the ‘Don’t risk it’ poster and its explanatory leaflet. Member Countries are now investigating with airports to have the poster displayed.

The Working Party reviewed the Terms of reference of the Panel on CPM affairs.

The Working Party was informed that EPPO is a partner of several new EU projects linked to its activities: