The Workshop was attended by 42 participants from 19 countries, including speakers and observers. Ten presentations we 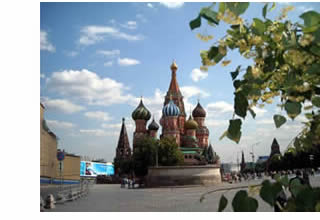 re made, followed by questions and discussions. Participants’ backgrounds included management, inspection, research and regulation in the field of plant quarantine.

The agenda of the Workshop was primarily focused on engaging Russian-speaking experts and experts from countries of former Yugoslavia in generating comments on the IPPC draft standards (or amendments to standards) open for review and comment under IPPC country consultation procedure. The Workshop also aimed to discuss the implementation of some international phytosanitary issues: national reporting obligations, invasive alien species and the IPPC, update on use and management of the phytosanitary resources page, single windows and customs unions. These discussions were intended to ensure that Russian-speaking experts and experts of former Yugoslavian countries were fully informed about these issues. The meeting was conducted in Russian and English.

Six draft ISPMs (or amendments to ISPMs) were discussed at the Workshop, all comments were included in the IPPC’s on-line comment system (OCS).

The draft ISPM on Management of phytosanitary risks in the international movement of wood generated several discussions including comments on some inconsistencies of the draft text with the Glossary (ISPM 5) and numerous technical and editorial comments. For example, the expert working group (EWG) judged that no scale insects could be associated with wood without bark; the term ‘chemical diffusion’ was considered confusing and should be replaced or defined in the Glossary, the concept of ‘pest free places of production’ for wood is confusing. As a general comment, the EWG believed that the draft standard is too general and conceptual rather than providing guidance: it would be useful to extend it in future by adding more practical annexes (on phytosanitary treatments of wood, inspection and certification of wood, debarking and bark-free wood, etc.) following the example of ISPMs 27 and 28 (on diagnostics and treatments correspondingly).

The preliminary draft ISPM on Minimizing pest movement by sea containers also entailed discussions and a lot of editorial and technical corrections. The general comment of the EWG was that the standard should not be limited to sea containers (there are a lot of countries that are landlocked) but should cover all containers moving in international trade. A lot of inconsistencies in the draft text with the Glossary (ISPM 5) were noted. For example the use of ‘certification’ was not consistent with the Glossary: in some cases it meant ‘authorisation’ and in some cases ‘accreditation’. The EWG believed that verification of cleanliness of 100% of containers is not feasible and therefore the frequency of this verification should be defined. The EWG also believed that production of a phytosanitary document (certificate?) on each container moved in international trade is not feasible and requires a level of protection which is too high compared to the risk and phytosanitary measures much more stringent than those used for plants and plant products. Therefore, the proposed system of documenting containers should be revised.

The draft ISPM on Movement of growing media in association with plants for planting in international trade did not provoke conceptual discussions but editorial and technical changes were proposed including the reorganization of some tables.

The draft ISPM on Phytosanitary procedures for fruit fly (Tephritidae) management entailed discussions with some editorial and technical corrections. The responsibility of NPPOs in fruit fly management was stressed by the EWG (it was considered that it is not adequately reflected in the draft text).

The draft amendments to ISPM 5 Glossary of phytosanitary terms generated several discussions and numerous technical and editorial comments. The EWG considered that the term ‘exclusion’ is not needed in addition to ‘phytosanitary measure’ and ‘eradication’ and that the term ‘exclusion’ will not be used in practice. The EWG believed that the term ‘contaminating pest’ should cover all ‘regulated articles’ and not only ‘commodities’. The definitions of ‘production site’ and ‘point of entry’ were substantially edited.

A presentation on the draft annex to ISPM 28:2007: Irradiation for Dysminococcus neobrevipes Beardsley, Planococcus liliacinus (Cockerell) and Planococcus minor (Maskell) (Hemiptera: Pseudococcidae): entailed discussions with some editorial and technical corrections, for example giving more clarity that the proposed treatment has only a sterilising and not killing effect and its acceptability has to be decided by the NPPO(s) concerned.

It was agreed that the next EPPO/FAO Workshop on implementation of ISPMs should take place at the Issyk-Kul Lake in Kyrgyzstan approximately in May 2014. Several phytosanitary issues were proposed as the main topic of this next Workshop and it was finally decided that the EPPO Secretariat should investigate interests of EPPO countries and decide on the main topic.