9th Meeting of the Panel on Diagnostics in Nematology

The Panel on Diagnostics in Nematology met at the Institute of Plant Protection, National Research Institute, Poznan. T 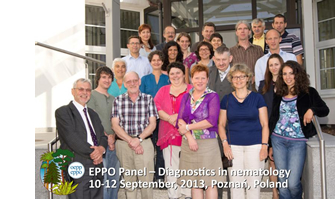 he Panel continued its work on the preparation and revision of diagnostic protocols.

The Panel finalized the horizontal Standard on Nematode Extraction following late comments, which had received provisional approval from the Council.  This will be published in the EPPO Bulletin in December 2013.

Revisions of several protocols were considered during the Panel meeting:

The Panel made suggestions for the pictorial glossary and this will be updated by the end of 2013 and a link will be added to this in all new or revised diagnostic Standards in Nematology.

The Panel was informed of the latest developments concerning the EPPO Panel on Diagnostics and Quality Assurance, in particular on progress on the Standard Guidelines for the organization of interlaboratory comparisons by plant pest diagnostic laboratories, on the collection of validation data and on the revision of the EPPO standard PM 7/98 on Specific requirements for laboratories preparing for accreditation for a plant pest diagnostic activity.

A document on Barcoding of nematodes was provided by Mr Frey (ACW, CH) and Mr Helder (WU, NL) and this led to discussions on suitable regions for barcoding (coding/non-coding). The Panel responded to the document but decided to keep a pragmatic approach for the many EPPO Protocols which use molecular tests based on ITS regions as part of the identification process. If these tests have validation data showing they work well, they should be kept. If better tests are developed based on other areas then they will be replaced if the performance criteria justify this.

A EUPHRESCO project on extraction and real-time PCR for M. enterolobi was presented.

The Panel reviewed the Table on nepoviruses in the EPPO Standard PM 4/35 Soil test for virus vector nematodes in the framework of EPPO Standard PM 4 Schemes for the production of healthy plants for planting of fruit crops, grapevine, Populus and Salix. Suggestions were made and a new table will be developed.

Possible additions to the Alert list were discussed by the Panel and a demonstration of the validation section in the EPPO Database on diagnostic expertise was made.

The next meeting will be held in February, 2015 in the EPPO Headquarters in Paris. 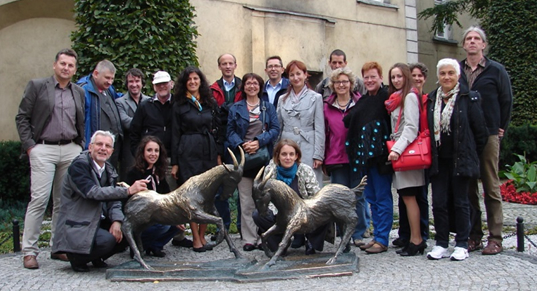