The Panel met in Saint-Malo at the kind invitation of the French NPPO. It discussed the issue of the use of molecular tools for identification of Invertebrate Biological Control Agents (IBCAs). The Panel decided that it should be clearly stated in the EPPO Standard PM 6/2 ‘Import and release of non-indigenous biological control agents’ that no particular methods should be obligatory for IBCAs identification. The revised version of the Standard will be sent for country consultation after the Panel meeting.

The Panel discussed the issue of the impact of taxonomic changes and corresponding changes to the scientific names of IBCAs on the Positive list. The final decision on this issue should be made by the Panel after consultation with different groups of experts. The preliminary Panel decision is that for change of scientific name of an IBCA on the Positive list the old name should be kept and the new proposed name entered as a synonym with a footnote providing explanation and reference(s) to publication(s) until the new name is generally accepted.

The Panel considered the draft ‘waiting list’ of IBCAs which have not yet met the criteria of 5 years use in the EPPO region by at least 5 EPPO countries. It was decided to maintain this ‘waiting list’ as a Panel working document.

The Panel considered that it is necessary to prepare a document (possibly in the format of an EPPO Standard) on Environmental Risk Assessment (ERA) for IBCAs to be used as a formalized guidance by national or international Expert Working Groups. The draft document/Standard will be developed at the next Panel meeting as well as a conceptual document/Standard on the use of IBCAs against quarantine pests. 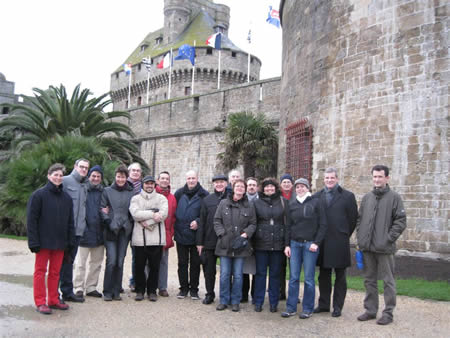