Expert Working Group for performing a PRA on Baccharis halimifolia

Baccharis halimifolia (Asteraceae) is present in France, Spain, where it is very invasive, as well as in Italy, 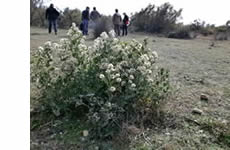 Belgium and the United Kingdom where its distribution is still limited. The species was registered on the EPPO Alert List in 2006. The assessment of B. halimifolia through the EPPO prioritization process for invasive alien plants in 2009 revealed that it represents a high priority for an EPPO PRA as it could spread to further EPPO countries and have major negative impacts on the environment.

The overall conclusion of the Expert Working Group on B. halimifolia is that coastal habitats (e.g. wetlands, saltmarshes, heatlands, coastal cliffs) of the Mediterranean and Atlantic Western countries of the EPPO region are considered the most at risk. The major pathway of entry for these species is intentional import as an ornamental and amenity plant. Indeed, this plant is used for its resistance to drought and salt spray conditions. The numerous and light seeds of the plant are spread over long distance by wind and water.

The impacts of B. halimifolia is considered as major, as the dense stands it forms outcompete other species of plants, insects and possibly birds, it modifies the habitats through increased sedimentation and changes the structure and physiognomy of the ecosystem invaded, in particular as it occurs in protected habitats. In addition, the species may have social impacts through allergies. For these reasons, management activities have been undertaken, in particular in France and Spain, costing thousands of euros.

Following this meeting, B. halimifolia was added to the EPPO A2 list of pests recommended for regulation as quarantine pests at the Council in September 2013. 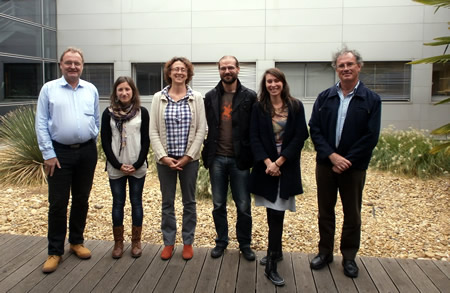