2nd Meeting of the Panel on Diagnostics and Quality Assurance

The Panel meeting, which was held back to back with the EPPO Workshop for the Heads of Laboratories, was hosted by the Austrian Agency for Health and Food Safety (AGES) in Vienna. The Panel continued its task of developing diagnostic protocols for regulated pests. Altogether, 109 Diagnostic Protocols including 7 general standards have now been approved and published and about 10 more are in different stages of preparation.

The following protocols were considered to be ready to be sent for country consultation following consultation with the author: Tetranychus evansi, Phytophthora kernoviae and Pepino mosaic virus.

Work on the following protocols continues 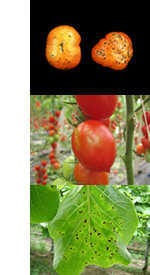 The work on the protocols on Clavibacter michiganensis subsp. michiganensis, Xanthomonas pv. vesicatoria, Pseudomonas syringae pv. actinidiae, 'Candidatus Liberibacter' and Erwinia amylovora will continue at the Panel on Diagnostics in Bacteriology (Oct., 2011).

The protocol on Tomato infectious chlorosis virus and Tomato chlorosis virus was agreed to be the priority (in terms of the need for a harmonised protocol) among the virology protocols that are on the list of those under preparation. This will be discussed at the first Panel on Diagnostics in Virology in 2012. The protocol on Potato stolbur phytoplasma has been postponed.

The revision of the protocol on Fusarium foetens was discussed and various suggestions and comments made. It was agreed to discuss these points with the author and that a revised version should be presented at the EPPO/European Mycology Network meeting in 2012. The protocol on Alternaria gaisen and A. mali has been put on hold until more information is available on these pests.

Revision of PM7/98 Specific requirements for laboratories preparing accreditation for a plant pest diagnostic activity
A pilot online questionnaire was tested during the meeting. It will be sent to the experts in the Database if Diagnostic expertise in early 2012 and be available online for 3 months. The results from this questionnaire will be analysed and used to inform the revision of this protocol.

Validation database
A Summary sheet of validation data for a diagnostic test was finalised. It was agreed this should be included as an annex in the instructions for authors and sent to laboratories listed in the database of Diagnostic expertise and to NPPOs to gather validation data.

A presentation of the Q-bank project was made by Ms Edema (Dutch National Reference Centre).

The improvements to the EPPO database on diagnostic expertise were presented (links to accreditation certificates; inclusion of technical auditors). It was agreed to add the category ‘technical experts’ to the database.

The latest version of the EPPO database Plant Quarantine data Retrieval system (PQR) was presented to the Panel along with the work towards the EPPO Global database. This work was very warmly received by the Panel.

The next meeting of the Panel on Diagnostics and Quality Assurance will be held in Poland in Warsaw in 2012. The provisional dates are 2012-10-16/18.