16th Meeting of the Panel on Phytosanitary Measures for Potato

The Panel on Phytosanitary Measures for Potato held its 16th meeting in Vilnius on 2010-10-13/15 at the kind invitation of the Lithuanian NPPO. Thanks are due to Ms R. Zitkuviene and her colleagues for their hospitality and the excellent organization of the meeting.

The three draft standards were considered as ready to be sent for country consultation. Country comments will be rewied at the next panel meeting.

The Panel discussed issues on Meloidogyne chitwoodi and M. fallax. It considered that guidance may be developed for measures to be taken in case of an outbreak. The Panel agreed to invite several nematologists to join the Panel for a small workshop to discuss this issue. 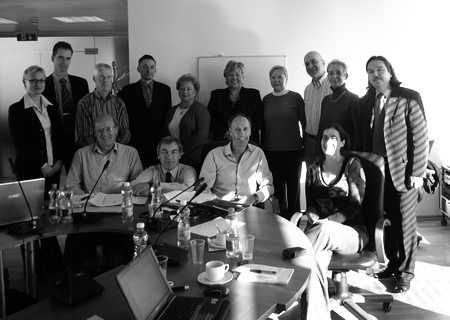