The EPPO / Council of Europe Workshop on the Code of conduct on horticulture and invasive alien plants was held in Ski (NO) on 2009-06-04/05 and gathered 40 participants from 19 countries.

EPPO and the Council of Europe have jointly drafted a Code of conduct on horticulture and invasive alien plants for European and Mediterranean countries, to be published in 2009. In Europe, it is estimated that 80% of the invasive alien plants are voluntarily introduced for ornamental purposes, and international trade is increasing yearly. This major pathway must be addressed urgently to prevent entry and spread of invasive alien plants, as at present, few legislation and management programmes are in place. Voluntary measures to tackle the problem and raise awareness among the horticultural sector and the public are therefore considered a priority. This code of conduct provides essential information for Governments and the horticultural and landscape sectors on regulation concerning invasive alien plants, plant waste disposal, labelling of plants, proposing alternative plants, publicity, etc. This new and promising initiative now requires promotion and implementation within countries.

This workshop was an opportunity to hear the professionals’ opinion on this initiative through the International Association of Plants Producers (AIPH), as well as the NPPOs’ view. Lessons were learnt on how a such code of conduct has been implemented in North America. Initiatives taken in the European and Mediterranean region were also presented (e.g. from Belgium, France, Italy, the UK, Spain, Sweden).

Time was dedicated to exchanges between participants and sharing advice. The result of these discussions is summarized in a recommendation on how to draft and implement national codes of conduct on horticulture and invasive alien plants. This recommendation is addressed to Governments and NPPOs, to the horticultural sector, and to international organizations. 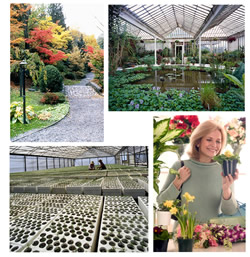 Experience from abroad: the United States

Views of the stakeholders involved on the topic

The Industry view on importance and advantages of Code of conduct
George Franke (International Association of Horticultural Producers, AIPH)

Initiatives in the South of France:  from involvement of the nursery industry toward voluntary codes of conducts for local authorities
Francis Brot (Ville of Sète, FR), Pierre Ehret (NPPO, FR), with the participation of Isabelle Mandon (Conservatoire Botanique National Méditerrannéen, FR)