6th Meeting of the Panel on Quarantine Nematodes 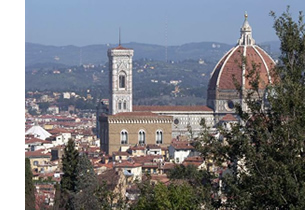 The Panel on Quarantine Nematodes met at the Research Center for Agrobiology and Pedology of the Agricultural Research Council of Emilia-Romagna at the kind invitation of Ms Curto.

The comments received from country consultation on the Diagnostic protocol for Xiphinema americanum (sensus lato) and Hirschmanniella spp. were reviewed and the protocols will be presented for final adoption in 2009.

The Panel agreed that these protocols should be presented for final approval in 2009 if the EPPO Secretariat is able to address comments made during country consultation together with the authors.

The Panel reviewed a pictorial glossary which aims at explaining the morphological terms used in the protocols for nematodes (this document which will not be a standard should be published on the EPPO website alongside protocols).

The Panel finalized a standard on soil tests for virus-vector nematodes in the framework of EPPO standards on the production of healthy plants for planting (PM 4). In particular, it prepared a section on sampling and extraction for nematodes. The Panel considered that the document was ready to be sent for country consultation.

The Panel was informed of the latest developments concerning the EPPO programme on quality assurance and accreditation and in particular on the new EPPO standard on Specific requirements for laboratories preparing for accreditation for plant pest diagnosis activities. The process of validation of tests was presented, as well as tables giving indications on the number of samples, replicates and repetitions suitable for validation.

An overview about the situation of Meloidogyne species such as Meloidogyne ulmi, M. minor and M. enterolobii in Europe was given. The Panel noted that a PRA had been conducted in the Netherlands on M. enterolobii and that an EPPO PRA will be prepared in May 2009. A joint Dutch/British PRA on M. minor concluded that potato, rotation pasture and managed turf were at risk, and that the species complex was not fully characterized and could be easily confused with other species such as M. chitwoodi. As surveys are required to identify the distribution in the European countries, the addition of M. minor to the Alert List was suggested.

The next meeting of the Panel on Quarantine Nematodes is scheduled for 2010-12-07/09 in Zürich (CH), at the kind invitation of Mr Kiewnick. 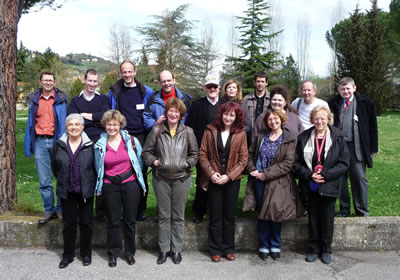