EPPO participated in the 13th meeting of the Europ 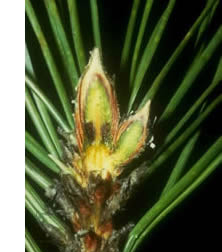 ean Mycological Network (EMN) which took place in Vienna on 22-24 April 2009. The meeting was hosted by the Austrian Federal Office and Research Centre for Forests and the Austrian Agency for Health and Food Safety. There were 32 participants (representing 23 laboratories) from 17 countries. So far, 19 EPPO Standards on diagnostic protocols for fungi and 3 general standards have been published in series PM 7 (Diagnostic Protocols). The following new or revised protocols were studied during the meeting.

Comments received during country consultation were reviewed. In particular, real-time PCR tests were added in each of these protocols, because they were considered to be the quickest and most sensitive tests for the identification of G. citricarpa and M. fructicola. Both revised protocols were considered ready for final approval.

In 2007, this new protocol was considered ready to be presented to the Working Party for final approval, but due to the fact that the taxonomy of Gremmeniella was expected to undergo major changes (i.e. raising varieties to species level), the EPPO Secretariat had decided to postpone its approval. The EMN discussed this issue again but as no progress has been made on the revision of the Gremmeniella taxonomy, it considered that the protocol should be now presented for final approval.

Alternaria gaisen and A. mali

In 2008, the EMN had agreed that the draft protocol needed further work and a proposal to organize a ring test was welcomed. But because the ring test could not be organized, discussion on this protocol is postponed to 2010.