joint to the 14th Conference of Coordinative Plant Quarantine Council (CPQC) of CIS countries
Erevan (AM), 2007-10-08/12

More than 50 participants from 16 countries attended the CIS Conference and the EPPO Workshop. They were welcomed by the Minister of Agriculture of Armenia Mr David Lokiyan.

Mr Romuald Novitski (Belarus, Vice Chairman of CPQC) opened the CIS Conference. Mr Ulubii Magomedov (Russia) was elected Chairman of CPQC, Mr Romuald Novitski (Belarus) was re-elected Vice Chairman and Mr Yuri Gninenko (Russia) was re-elected Secretary. The representatives of each country reported on the phytosanitary situation in their countries and the implementation of the CIS Agreement on the Cooperation in the Area of Plant Quarantine of 13 November 1992.

The main discussion points were the status of Import Permit, the validity of Phytosanitary certificate, the necessity to have 1 or 2 full-time workers in the CPQC Secretariat, the head-quarters of the CPQC, the necessity of more active participation of former Soviet countries in international activities (CPQC, EPPO & IPPC), the possibility that CPQC countries pay an additional Russian-speaking EPPO Secretariat staff member, the status of public officers authorized by NPPOs, the accreditation of quarantine laboratories, etc. These discussions have been reflected in the 'Decisions' of the Conference, adopted by delegations present. The Conference considered the Federal Agency 'All-Russian Plant Quarantine Centre' as a provisional location of the CPQC Secretariat.

The next Conference was proposed in October 2008 in Tajikistan. 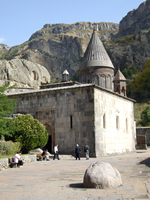 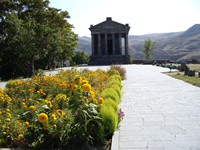 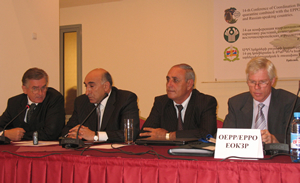 Mr Nico van Opstal chaired the EPPO Workshop for Eastern European and Russian-speaking countries. Presentations were given on the relationship between NPPOs, EPPO and IPPC; standard setting process and the standard setting program; EPPO recommendations regarding draft ISPMs for country consultation; ISPMs under preparation; implementation of ISPM 6 (Guidelines for surveillance), ISPM 13 (Guidelines for the notification of non-compliance and emergency action) and the ISPM 20 (Guidelines for a phytosanitary import regulatory system), participation of countries of the former USSR in EPPO and global phytosanitary activities. It was decided to focus the next workshop on the practical quarantine problems (with as many practical examples as possible):