The EPPO Conference on Computer Aids for Plant Protection took place in Wageningen (NL) and was organized in cooperation with the Netherlands Plant Protection Service. 60 participants from 18 countries attended this Conference and were welcomed by R.J.T. van Lint (Director of Plant Protection Service of the Netherlands) and N.A. van Opstal (Director General of EPPO). The Conference combined 38 spoken presentations with practical demonstrations of computer models, databases and decision support schemes. A session was dedicated to practical demonstrations of computer systems so that participants could try them and share their experience. 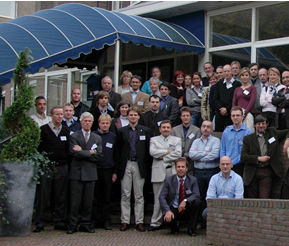 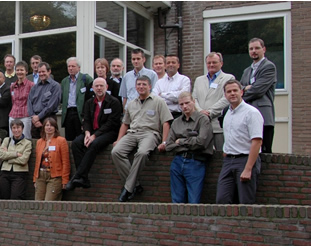 The use of GIS systems, the difficulties encountered in managing climatic data, the possible impact of climate changes were discussed by the participants. For the first time, computer tools used in Pest Risk Analysis were presented, as well as models designed to help NPPOs to rationalize their activities (inspections, surveillance, information exchange).

This Conference followed in the sequence of EPPO meetings on computer applications in plant protection, which have previously been held in France (1989), Sweden (1992), Germany (1995), Italy (1999) and United Kingdom (2002), and it has been proposed to organize the next one in Turkey in 2009. It was also suggested that the Conference could widen its scope to models predicting entry/establishment of pests, costs/benefit analysis and could as well include the management of meteorological data as a special topic (e.g. for half a day).

Warm thanks are due to Erno Bouma and his colleagues for the excellent organization of the Conference, as well as for the interesting visit to the tropical/desert/marine glasshouses of the Burger Zoo and the most enjoyable dinner at the Castle of Doorwerth where the music was played by the Dutch Plant Protection Services' music band. 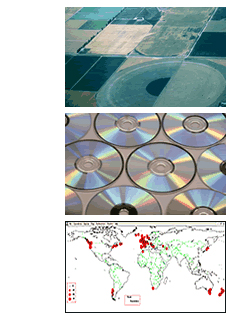 What is the trend in forecasting models?

T. Caffi (IT) – Empirical versus mechanistic models for primary infections of Plasmopara viticola

G. Brodal (NO) – VIPS-Forecasting pests and diseases in Norway

A. Atlamaz (TR) - Importance of forecasting and warning system in integrated pest management applications of apple orchards in Turkey

B. Keil (DE) - AgmedaWin: A tool for easy and flexible management of meteorological data

The continuing challenge of Phytophthora infestans

Tools for PRA: a need for more IT development

V. Rossi (IT) – A decision support system for Fusarium head blight on wheat

P. Racca (DE) – PUCREC: A decision support system for the control of leaf rust in winter rye and winter wheat

B. Evenhuis (NL) – Decision support system (DSS) to control grey mould in strawberry cultivation should be adapted to agricultural management

G. Brodal (NO) – VIPS – Forecasting pests and diseases in Norway

T. Been (NL) – NemaDecide: a decision support system for quarantine nematodes in potatoes

A. Breukers (NL) – Towards a cost-effective control of brown rot control policy: development of a bio-economic model

I. Surkov (NL) – Can the probability to reject an imported lot due to harmful organisms be predicted?

I. Surkov (NL) – A model of optimal allocation of resources for import inspection