EPPO participated in the 10th meeting of the European Mycological Network (EMN) which took place in Wageningen, the Netherlands, on 26-28 April 2006. The meeting was hosted by the Dutch Plant Protection Service. There were 31 participants from 14 countries. As usual, the last day of the meeting was consecrated to the joint EMN/EPPO Session. Thanks are due to EMN experts for continuing their work on the revision and preparation of mycological diagnostic protocols.

So far, 16 EPPO Standards on diagnostic protocols for fungi have been published in series PM 7 (Phytosanitary Measures). This year only the protocol on Gymnosporangium spp. (Non-European) will be presented to the Working Party for approval. The protocol on Verticillium albo-atrum & V. dahliae and the revised protocol PM 7/48 Phoma tracheiphila received some major comments, which need to be resolved with the authors and probably will not be ready in time for the Working Party. The published protocol PM 7/29 Tilletia indica is also in the process of revision. Considerable progress was made with the following three protocols nearing completion: Diaporthe vaccinii, Gremmeniella abietina and Plasmopara halstedii.

Possibilities for developing other protocols were explored and protocols were promised for the following organisms: Alternaria gaisen, A. mali, Anisogramma anomala, Ceratocystis virescens, Gibberella circinata, Melampsora medusae, Ophiostoma wageneri (first draft exists), Thecaphora solani, Venturia nashicola. Interest was expressed for developing protocols on Botryosphaeria berengeriana f.sp. piricola, B. laricina, Elsinoë fawcettii and E. australis, but experts in these organisms need to be found. The meeting also took note of all the important topics discussed at the meetings of other related Panels and the Working Party on Phytosanitary Regulations.

The next meeting is planned for the end of April 2007. The exact date and venue is to be decided. 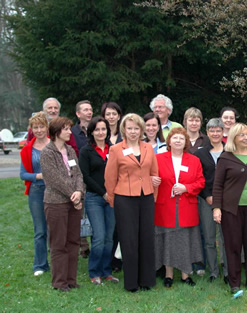 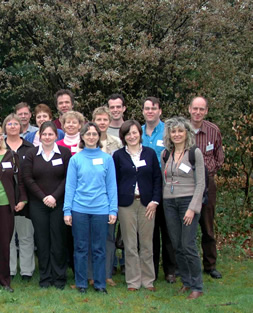