37th Meeting of the Panel on Phytosanitary Measures

Mr Letodé, Head of the Plant Health Section, welcomed the Panel members to Paris at the French Ministry of Agriculture. The main task of this Panel is to evaluate risks presented by specific pests and design phytosanitary measures to avoid their introduction and spread.

EPPO lists of pests recommended for regulation
On a case by case basis, the Panel reviewed the present situation and conclusions from PRA for a large number of pests and made the following recommendations to the Working Party:
Proposed additions to the A lists: Dendrolimus superans (A2), Hesperophanes campestris (A2), Lymantria mathura (A2), Paysandisia archon (A2), Pepino mosaic potexvirus (A2), Rhynchophorus ferrugineus (A2), Rhynchophorus palmarum (A1), Sirococcus clavigignenti-juglandacearum (A1), Stobilomya viaria (A2).
Proposed transfer from A1 to A2: Rhagoletis cingulata.
After several years of study, the Panel considered that Listroderes costirostris should not be proposed for regulation. Pest management options should be identified next year for Puccinia hemerocallidis.

Alert List
As usual, the Panel reviewed in detail the EPPO Alert List whose purpose is to warn countries about possible new risks, and in certain cases to propose candidates for PRA and eventually regulation. The Panel proposed to consider the following pests for addition: Blueberry leaf scorch virus, Cylas formicarius, Helcystogymma convolvuli, Meloidogyne minor, Phytophthora kernoviae, Illinoia liriodendri, Spiroplasma kunkelii. Considering that the alert had been given and that no further action was needed, it decided to delete Aulacaspis yasumatsui and Neohydatothrips samayunkur. PRAs were conducted for Ceroplastes ceriferus and Neotoxoptera formosana and concluded that they should not be proposed for regulations. For several other pests, PRAs will be studied at the next meeting.

Action List
The Panel discussed the possibility for establishing a list of pests already recommended for regulation by EPPO but which are not yet included in country’s phytosanitary regulations. The Panel felt that such an ‘action list’ was useful and should be made available on the web. 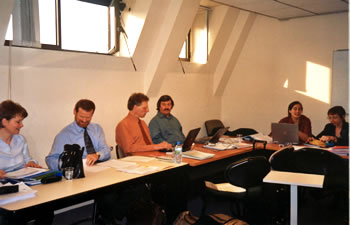 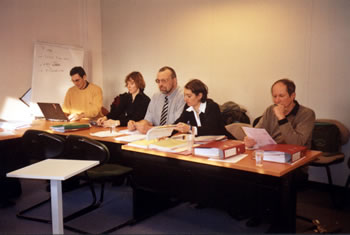 The Panel agreed a draft standard on ‘Intentional import of live organisms that are potential plant pests’ which will be presented to the Working Party for final approval. It also revised pest-specific phytosanitary requirements for Ralstonia solanacearum and Heteroderaglycines. Other standards were presented for information and will continue to be studied by other EPPO Panels (e.g. phytosanitary procedures for Diabrotica virgifera and Heterodera glycines, sampling, composting). The Panel decided that an extra day would be needed in 2006 to discuss possible recommendations for non-specific risks.

During the meeting, the Panel also had general discussions on the role of EPPO in performing PRA. It discussed the creation of another PRA Panel, its composition and relationships with existing Panels which already work in this area. It discussed pest reporting on the International Phytosanitary Portal (FAO) and underlined the difficulties in using ISPM no.8 (Determination of pest status in an area). Most of these topics will be discussed again at the next Working Party on Phytosanitary Regulations (June 2005).