36th Meeting of the Panel on Phytosanitary Measures

As usual, the Panel on Phytosanitary Measures met at the EPPO headquarters in Paris. Its main task is to evaluate risks presented by specific pests and design phytosanitary measures to avoid their introduction and spread.

EPPO lists of regulated pests
On a case by case basis, the Panel reviewed the present situation and conclusions from PRA for a large number of pests and made the following recommendations to the Working Party:
Proposed additions to the A lists: Tuta absoluta (A1), Agrilus planipennis (A1), Tomato chlorosis crinivirus (A2), Cucurbit yellow stunting disorder crinivirus (A2), Ips hauseri (A2), Ips subelongatus (A2), Sirex ermak (A2), Xylotrechus namanganensis (A2). 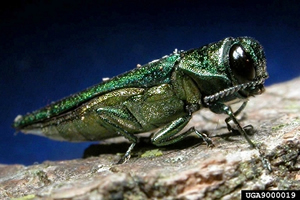 Alert List
As usual, the Panel reviewed in detail the EPPO Alert List whose purpose is to warn countries about possible new risks, and in certain cases to propose candidates for PRA and eventually regulation. It suggested two additions: Valsa ceratosperma (a new canker disease of pear) and a new Phytophthora affecting beech. Considering that the alert had been given, it decided deletion of the following pests: Callidiellum rufipenne, Dendrolimus spectabilis, Phyllonorycter issikii, Thecodiplosis japonensis, Thrips imaginis, Candidatus Phytoplasma australiense, Stephanitis takeyai, Cacopsylla fulguralis. For several other pests, PRAs are still under study and more information is needed.

EPPO Standards
The Panel reviewed a draft standard on ‘Intentional import of live organisms that are potential plant pests’. A revised version will be presented to the Working Party and sent to countries for consultation.
A first draft EPPO phytosanitary procedure for Diabrotica virgifera has been prepared by the Panel on Phytosanitary Procedures to give guidance on containment and eradication measures. A revised version will be discussed again by the Panel on Phytosanitary Procedures at its next meeting in January 2005.

During the meeting, the Panel also had general discussions on the purpose of EPPO listing of pests, the role of EPPO in performing PRA, and how the EPPO documentation on pests could be reorganized and distributed. Most of these topics will be discussed again during the Workshop of Heads of NPPOs in Sochi (RU) which will take place in June.