11th Meeting of the Panel on Bacterial Diseases

The Panel on Bacterial Diseases met at the Institute for Plant Health in Vienna, at the kind invitation of Mrs Keck. Thanks are due to her and Mr Bedlan, Deputy Head, for their warm hospitality and for the visit organized to the famous ‘Heuringen’ (vine tavern) at the foothills of the Vienna Woods.

The Panel continued its work on the preparation of diagnostic protocols for regulated bacteria. There are altogether 25 bacteria from EPPO A1 and A2 lists. Five protocols on the following bacteria will be published in Bulletin OEPP/EPPO Bulletin 34(2) Erwinia amylovora (PM 7/20), Ralstonia solanacearum (PM 7/21), Xanthomonas axonopodis pv. dieffenbachiae (PM 7/22), Xanthomonas arboricola pv. corylina (PM 7/23) and Xylella fastidiosa (PM 7/24). Protocols on Clavibacter michiganensis ssp. michiganensis, Pseudomonas syringae pv. persicae and Xanthomonas axonopodis pv. citri were finalized by the Panel. They will be presented to the Working Party on Phytosanitary Regulations for approval.

At this meeting, considerable progress was made in studying the draft protocols on Burkholderia caryophylli, Clavibacter michiganensis ssp. insidiosus, Clavibacter michiganensis ssp. flaccumfaciens, Pantoea stewartii ssp. stewartii, X. fragariae, Xylophilus ampelinus and, Xanthomonas axonopodis pv. vesicatoria and Xanthomonas vesicatoria. Two of them (Burkholderia caryophylli and Xanthomonas axonopodis pv. vesicatoria and Xanthomonas vesicatoria) will now be sent to EPPO member governments for their critical comments. Protocol on Xanthomonas oryzae, which includes two pathovars oryzae and oryzicola, was seen by the Panel for the first time. The Panel also discussed management of the programme and, format and content of a diagnostic protocol. 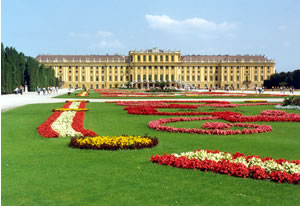