Xylella fastidiosa in the EPPO region

As Xylella fastidiosa represents a very serious threat for the EPPO region, the EPPO Secretariat intends to provide on this page a brief description of the pathogen, as well as an easy access to specific EPPO data and other useful resources.

From a taxonomic point of view, X. fastidiosa is a complex species and three subspecies have been formally accepted: subsp. fastidiosa, subsp. pauca and subsp. multiplex. However, since the formal publication of these subspecies, others have been proposed: subsp. sandyi (on Nerium oleander), subsp. tashke (on Chitalpa tashkentensis) and subsp. morus (on mulberry).

X. fastidiosa is thought to originate from the American continent. The outbreak in olive trees in Southern Italy, as well as the presence of the bacterium in Mediterranean plant species in the natural and urban landscapes of Southern Italy (Puglia), Corsica and Southern France, Islas Baleares and mainland Spain represent a significant change in its geographical distribution and constitute a major risk to many plant species in the EPPO region. In all infected areas in Italy, France and Spain, phytosanitary measures aiming at the eradication or containment of the disease are being taken. 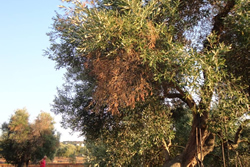 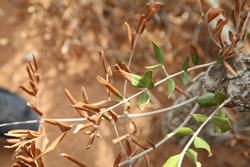 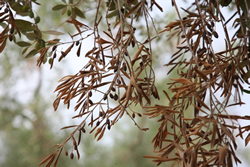 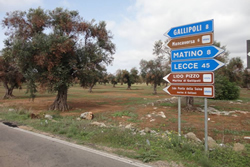 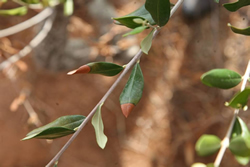 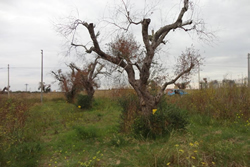 First reports of Xylella fastidiosa in the EPPO region

In October 2013, X. fastidiosa was detected for the first time in olive trees affected by extensive leaf scorch and dieback in the area of Salento (Puglia, Southern Italy). Since then the disease has also been found in other provinces of Puglia (Lecce, Taranto, Brindisi and Bari), as well as in numerous other host plants (mainly ornamentals). In Puglia, the subspecies which has been detected is X. fastidiosa subsp. pauca.

In July 2015, the bacterium (X. fastidiosa subsp. multiplex) was discovered in France on the island of Corsica on Polygala myrtifolia planted as ornamentals in a commercial area of the municipality of Propriano. Many other outbreaks were then detected across the island of Corsica on various ornamentals and Mediterranean plants in urban and natural environments. The bacterium was then found in mainland France, first in the municipalities of Nice and Mandelieu-la-Napoule (Alpes-Maritimes), and then other foci were found in Provence-Alpes-Côte d'Azur region. In Southern France, X. fastidiosa subsp. multiplex has been detected in most cases, but X. fastidiosa subsp. pauca has been detected once in Menton.

In July 2016, an isolated infestation of X. fastidiosa subsp. fastidiosa was detected in a potted plant of Nerium oleander, in a small glasshouse of a nursery producing young vegetables and ornamental plants in Saxony. In this glasshouse, all plants were destroyed in February 2017 and no further detections of the bacterium were made during intensive surveys conducted in the glasshouse and its surroundings. In March 2018, this isolated infestation was officially declared eradicated.

In the EPPO region, the main economic host is olive and the outbreak in Southern Italy has triggered a phytosanitary crisis. In Islas Baleares and Spain, the bacterium has been detected to a lesser extent in almond orchards but Prunus species are also economically important hosts. For the moment, detections of the bacterium in grapevine have been very isolated. Finally, X. fastidiosa has been detected in many ornamentals (e.g. Polygala myrtifolia) and Mediterranean species (e.g. Cistus, Lavandula, Myrtus, Nerium oleander, Rosmarinus, Spartium) growing in urban and natural environments.

Symptoms vary according to the host plants but in general, as the bacterium invades xylem vessels and blocks the transport of water and soluble mineral nutrients, affected plants show drying, scorching, wilting of the foliage, eventually followed by plant death. Symptoms can be confused with those caused by other biotic or abiotic factors. 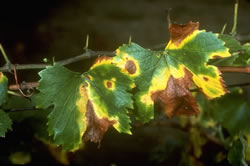 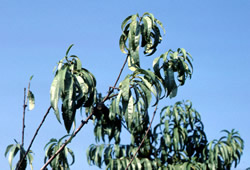 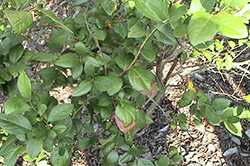 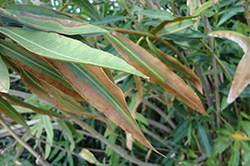 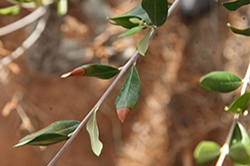 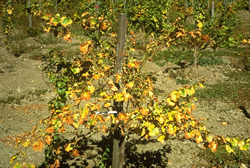 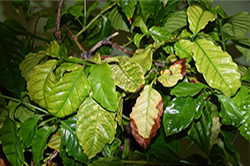 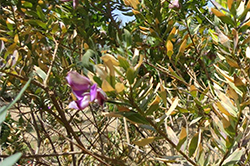 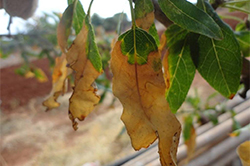 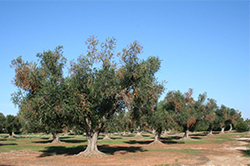 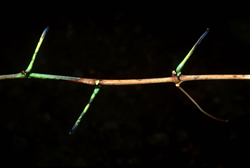 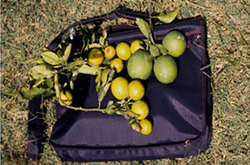 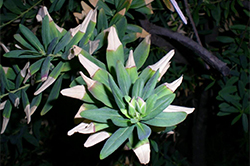 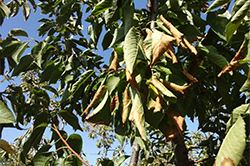 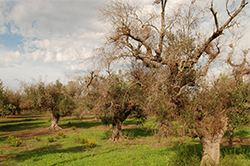 In the field, X. fastidiosa is transmitted by insects belonging to the order Hemiptera, sub-order Auchenorrhyncha, which feed on xylem fluid. Bacteria colonize the insect foregut but do not systemically colonize the insect body. Transmission of X. fastidiosa by insects does not require an incubation period in the vector and the bacteria are persistently transmitted. Both nymphs and adults can acquire the bacteria by feeding on the xylem fluid of an infected plant and transmit the pathogen to healthy plants immediately after acquisition. Nymphs lose infectivity with every stage as the foregut is renewed with moulting. Newly emerged adults must feed on an infected plant to become infectious. X. fastidiosa is not transmitted transovarially to the progeny of the vector. However, once infected adults can transmit the pathogen during their entire lifetime.

In the Americas, numerous species of Cicadellidae and Cercopidae (Insecta: Hemiptera) are known to be vectors of X. fastidiosa. In Californian vineyards, Homalodisca vitripennis (=H. coagulata), Carneocephala fulgida, Draeculacephala minerva, and Graphocephala atropunctata are considered to be the most important vectors of Pierce's disease. In Brazilian citrus orchards, Acrogonia terminalis, Dilobopterus costalimai, Oncometopia fascialis are considered to be the most important vectors of citrus variegated chlorosis. In Italy, recent experiments have shown that Philaenus spumarius (Hemiptera: Aphrophoridae) can transmit the disease from olive tree to olive tree. in the EPPO region, the existence of other insect vectors is currently being studied and several potential vectors have been identified. 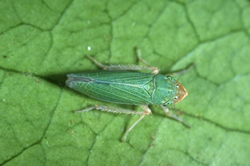 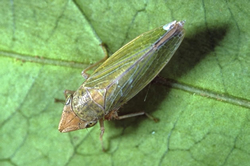 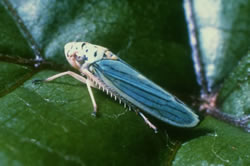 The distribution below is given for Xylella fastidiosa on all host plants (maps for subspecies are under preparation). For many years, X. fastidiosa remained confined to the Americas. In 1994, it was first noticed in Asia, in Taiwan causing leaf scorch on Asian pear (Pyrus pyrifolia). In the 2000s, it was also reported causing Pierce's disease in some Taiwanese vineyards. In the EPPO region, the finding in Puglia (Southern Italy) represented the first confirmed detection in Europe. The introduction pathways of X. fastidiosa into Asia or Europe are unknown. However, it can be noted that EPPO member countries (e.g. France, the Netherlands, Switzerland) have intercepted several times X. fastidiosa on coffee plants imported for ornamental purposes from South America. 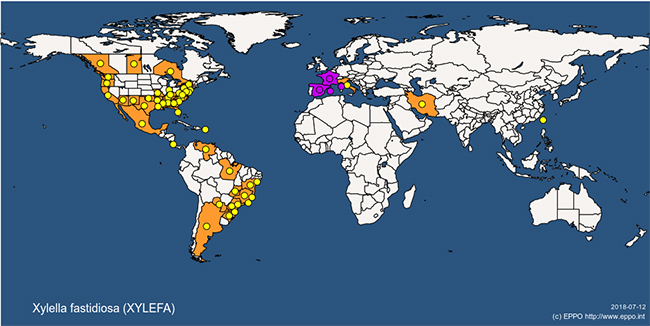