Lonicera acuminata (= Lonicera henryi, Caprifoliaceae), commonly known as Henry’s honeysuckle is an evergreen climbing plant. It is planted in the EPPO region in gardens and green areas. Observations in Switzerland show that the species has invasive tendencies as it outcompetes native plant species and can reduce local biodiversity. The species is included on the Black List of invasive alien plants in Switzerland and the Grey List of potentially invasive alien species in Germany. 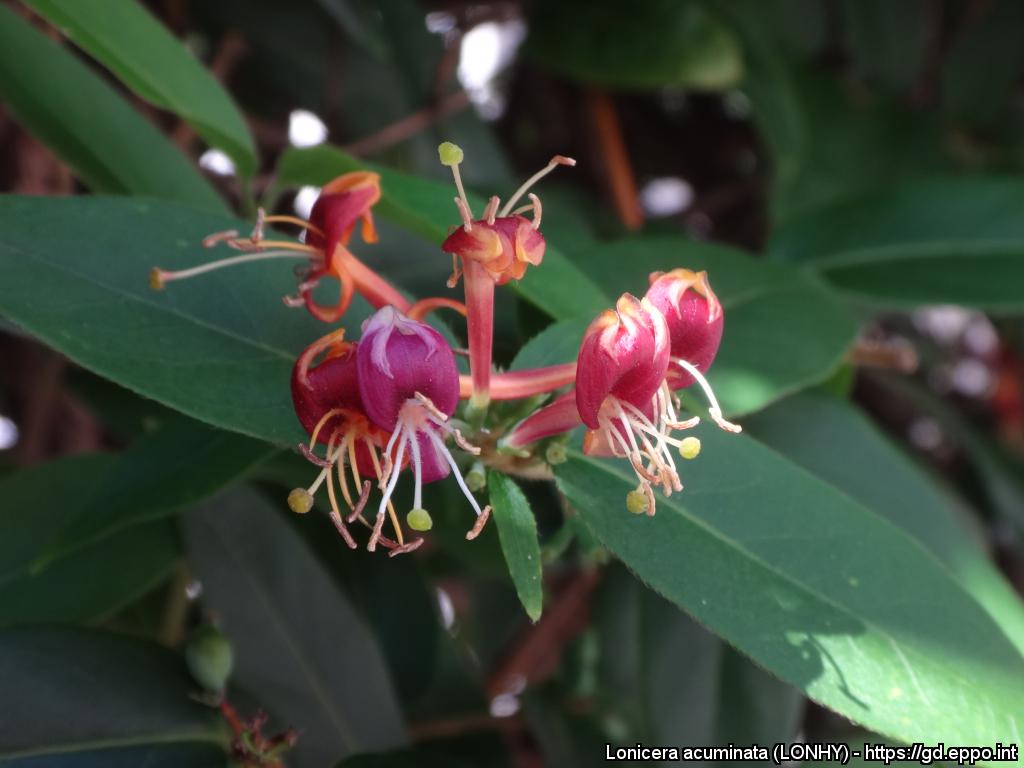 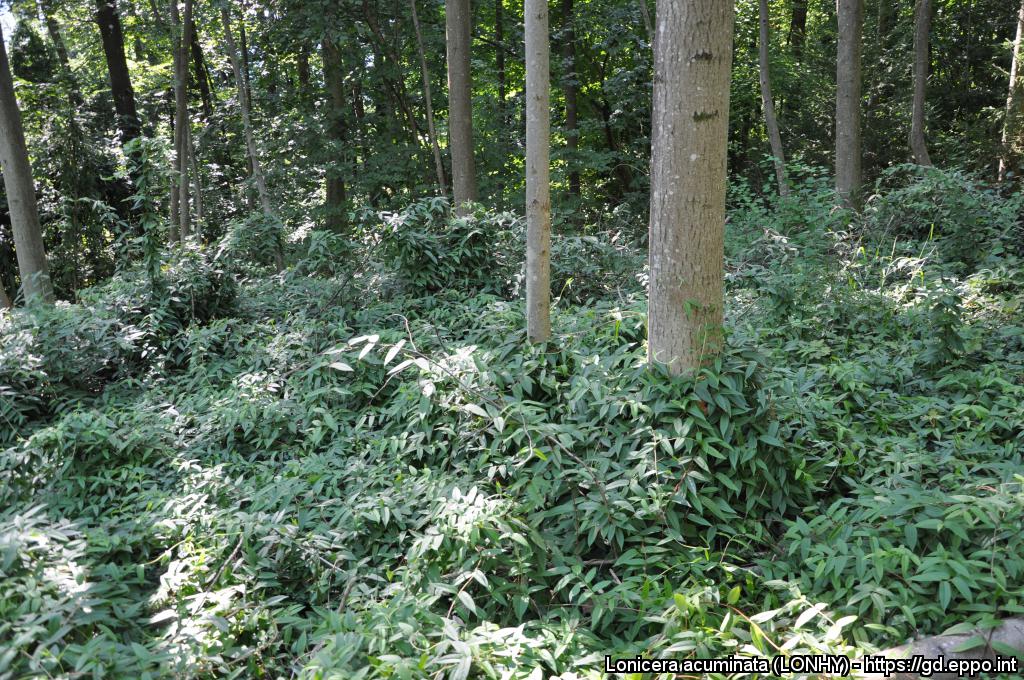 Invading a forest near Zurich (CH) 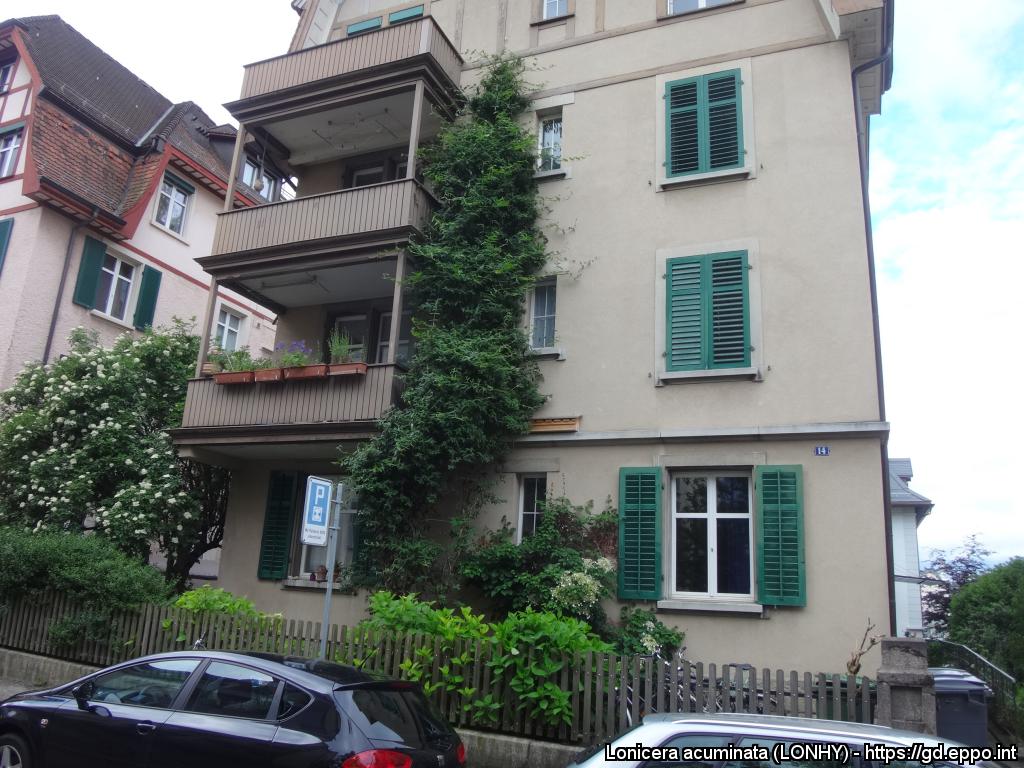 Planted to green a building

L. acuminata is an evergreen climbing plant that can grow up to 10 m in height. It has characteristic oblong-lanceolate leaves 4-12 cm in length with fringed margins. Young shoots are rough haired. Flowers are paired, axillary at apices of branchlets. The corollas are bilabiate, white tinged red, becoming yellow tinged orange or purple in colour. Berries are blue-black and pruinose 6-7 mm in diameter.

L. acuminata grows at a fast rate and produces both trailing and climbing stems. The trailing stems readily root at nodes when they make contact with the soil. In Switzerland, it was observed that the current year shoots were 47 – 150 cm long, thus highlighting rapid growth. The number of rooted nodes was estimated to be as high as 96 per m².

In its native range, L. acuminata grows in forest or scrub land 100 – 3200 m above sea level. In the EPPO region, the species is recorded as being invasive in forest habitats. Additionally, the species has also been recorded growing alongside rivers.

L. acuminata has been introduced into the EPPO region as a garden ornamental species. The species is widely available for sale and is often used for greening buildings, fences or walls. Its fast growth rate has promoted the establishment of the species in the natural environment. In Switzerland, the spread patterns suggest that the berries may also be spread by birds.

The biodiversity impact of L. acuminata in forests in Switzerland has been reported as negative. Native species richness has been estimated as being significantly lower in plots covered by mats of L. acuminata compared to control plots where the species was absent. Spread of the species in forests may act to impede forest tree establishment. Young trees get strangled by the climbing vine and natural rejuvenation of trees is supressed.

For effective control of the species, rooted nodes would need to be removed from the soil. However, little is known about control of the species but it is expected that – comparably to L. japonica - it is difficult to control with mechanical, manual and chemical methods which have to be repeated until control is achieved. One control experiment in Switzerland showed that mowing and hand-pulling significantly suppressed the plant after two years but did not eliminate it.