Elasmopalpus lignosellus (Lepidoptera: Pyralidae – lesser cornstalk borer) is a polyphagous pest, native from the Americas, which has been recently intercepted by Ireland and the United Kingdom on imports of asparagus from Peru (EPPO RS 2019/225). Considering that a pathway of entry into the EPPO region exists and that E. lignosellus is a pest of several crops of economic importance, the NPPO of the United Kingdom suggested that E. lignosellus should be added to the EPPO Alert List. 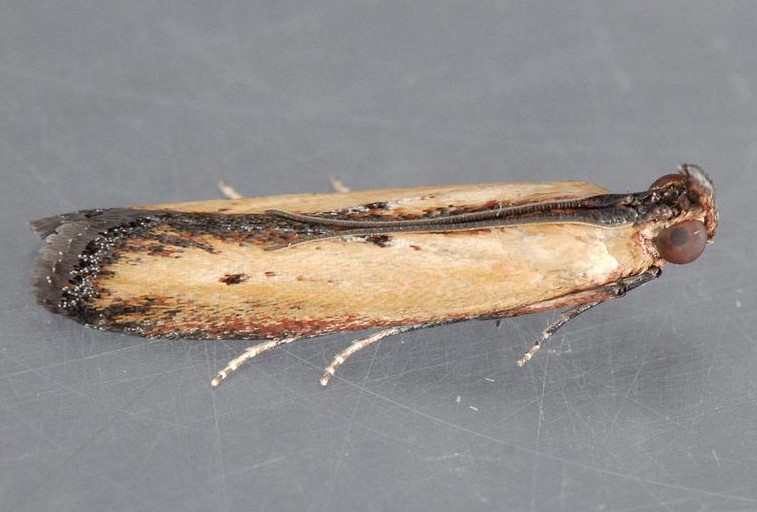 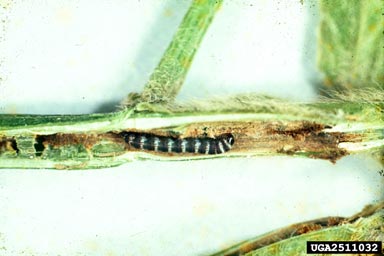 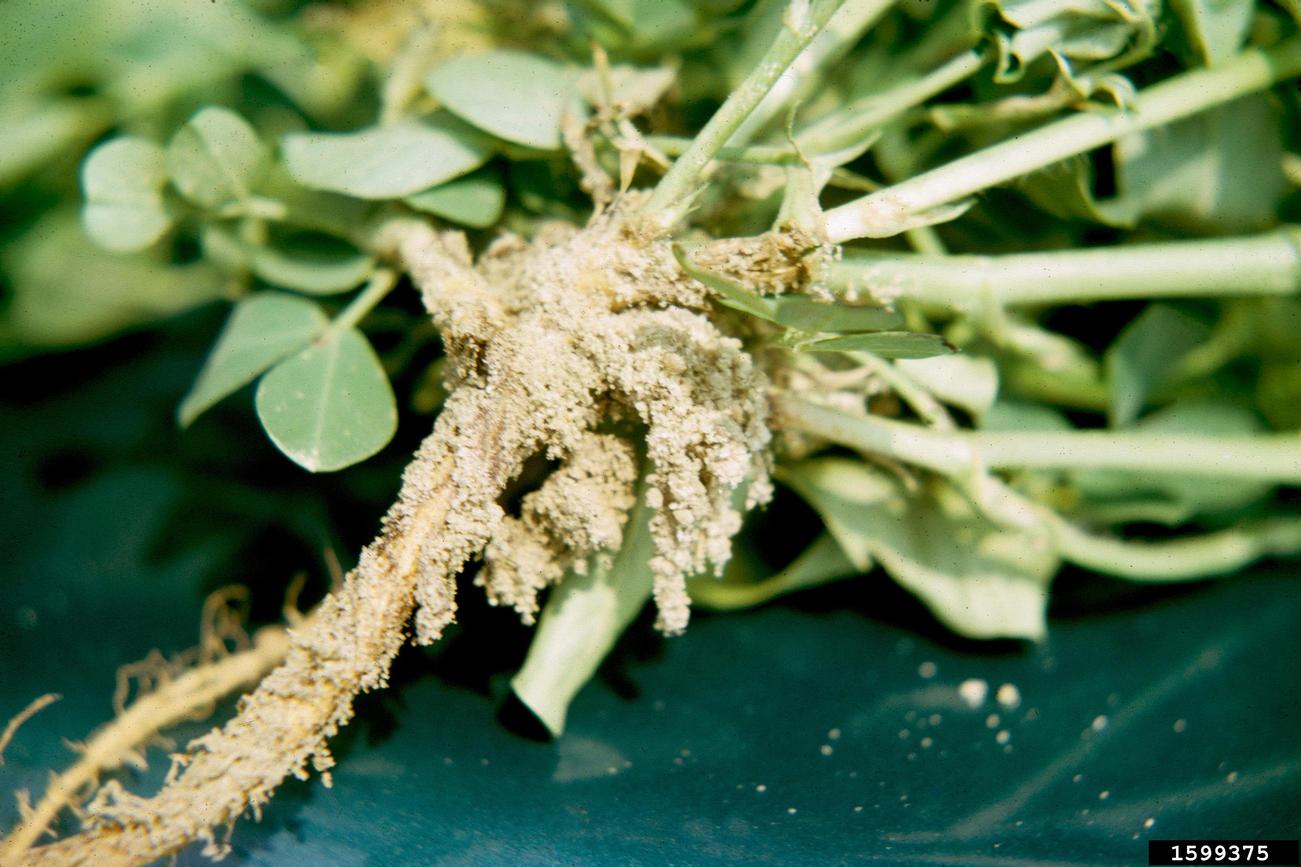 E. lignosellus occurs in the Americas only. In the literature, there is a single record in Asia (Vietnam), but as this old record has not been confirmed by any other sources, it has been considered doubtful and not included in the list below.

E. lignosellus is a semi-subterranean pest and damage is caused by its larvae which feed and tunnel inside the stems (or stalks) of their host plants. Usually, larvae bore stems at their basal part or just below the soil surface. They bore upward within the plant, and as they feed, frass partially fills the gallery. Wilting is one of the first signs of attack which may be followed by stunting, deformation, and plant mortality (especially on plantlets). On some crops (e.g. groundnut, beans), E. lignosellus can also feed on pods. On sugarcane, when the apical meristem of the shoot is killed or when the youngest leaf is severed, ‘dead heart’ symptoms are observed. Finally, plants attacked by E. lignosellus are more susceptible to secondary fungal or bacterial infections.

E. lignosellus has several overlapping generations per year. In the USA, the pest has 3 to 4 generations and is active from June to November. It is thought to overwinter as larvae or pupae. E. lignosellus seem to be adapted to sandy soils, as well as hot and dry climatic conditions. Eggs (0.6 mm long, 0.4 mm width) are deposited mostly in the soil surrounding plants (at a depth of up to 2 mm), or on lower leaves/stems. A single female can lay approximately 200 eggs. Upon hatching, larvae construct small tube-shaped shelters made of silk, soil and frass at the root collar. Larvae spend most of their time in these tubes in the soil, moving into the host to feed and constructing new tubes as they mature. The presence of these tubes in the soil at the base of the stems also indicates the presence of E. lignosellus. The number of larval instars vary from 5 to 9 depending on environmental conditions. When larval development has been completed, larvae pupate within a cocoon at the end of the tubes or in the soil. Adults are relatively small moths (17-22 mm wingspan), with a pronounced sexual dimorphism. Pictures of the pest can be viewed on the Internet.

Adult moths can fly, but there is no data on flight distances. Over long distances, trade of infested plants or parts of plants, is probably the main pathway.

E. lignosellus is a polyphagous pest of numerous plants that are of economic importance in the EPPO region. In its area of origin, economic damage has been reported (e.g. on cereals and maize, sugarcane, and legumes). Due to the semi-subterranean and hidden mode of life of larvae, management is reported to be difficult and relies on several methods, including cultural, chemical and biological control methods. The fact that E. lignosellus has recently been intercepted on imported asparagus from South America demonstrates that it has the potential to enter the EPPO region. However, its potential of establishment would need to be further studied. Considering the very wide host range of E. lignosellus and the potential damage it can cause to many crops of economic importance, it seems wise to avoid the introduction of this pest into the EPPO region.