Chionaspis pinifoliae was recently identified as a potential threat to Nordic coniferous forests when screening for potential pests associated with trade of ornamental plants, and the Nordic PRA Network has proposed its addition to the EPPO Alert List. The pest was assessed to potentially fulfil the criteria to become regulated as a quarantine pest in the European Union territory and Norway. In addition, the EPPO Panel on Quarantine Pests for Forestry also supported the addition of C. pinifoliae to EPPO Alert List in March 2020. 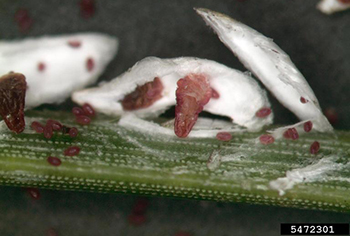 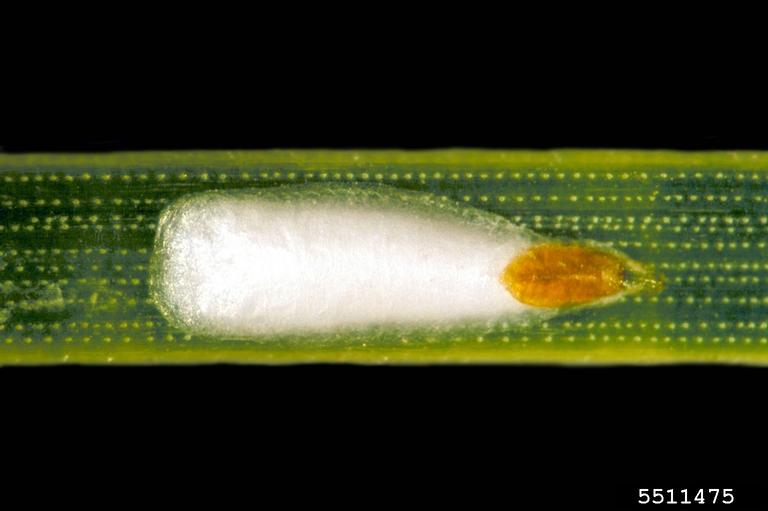 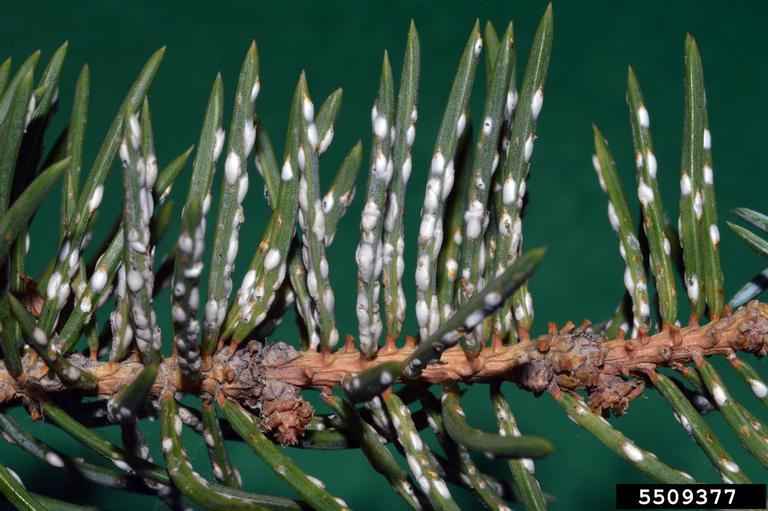 C. pinifoliae is assumed to be native to North America and it has been introduced in a few countries in Central America and the Caribbean. In the literature, there are unconfirmed records of the pest from Germany and the United Kingdom (it can be noted that in the UK Plant Health Risk Register, C. pinifoliae is considered absent from the UK).

Central America and the Caribbean: Cuba.

C. pinifoliae feeds by sucking the sap from the needles, which causes the foliage to turn yellow and drop. During heavy infestations the lower branches of the tree usually die first and eventually the whole tree may be killed.

Picture of C. pinifoliae can be viewed on the Internet: https://www.forestryimages.org/browse/subthumb.cfm?sub=297

The first instar (crawler) of C. pinifoliae is mobile and may walk a few metres to a new host tree. Over longer distances, C. pinifoliae may be dispersed by wind and animal vectors. All stages of the pest may be transported over longer distances on infested plant material. It can be noted that pest has been intercepted on imported pine trees on several occasions in Bermuda.

Plants for planting, cut branches and bark from areas where C. pinifoliae occurs.

Host plants of C. pinifoliae are widely planted and cultivated across the EPPO region. C. pinifoliae is considered a common pest of conifers in its native area, but damage seems to usually be limited to nurseries, Christmas tree plantations and ornamental conifer trees. C. pinifoliae is considered to be a serious pest of ornamental pine trees in USA, especially on Pinus mugo and Pinus sylvestris, and heavy outbreaks have been recorded after widespread spraying against mosquitoes, which presumably eliminated the natural enemies. Thus, natural antagonists are considered important in controlling C. pinifoliae in its native range. If natural antagonists are lacking in the EPPO region, the pest could potentially build up large populations and heavy outbreaks might lead to severe economic and environmental impacts in nurseries, ornamental and Christmas tree plantations, as well as in natural and planted forests.

C. pinifoliae can be associated with coniferous nursery plants and it is uncertain whether the current phytosanitary measures would prevent its introduction into the EPPO region. For example, plants for planting of two of its known host genera, Cupressus and Torreya, can be imported to the European Union territory according to the current EU plant health legislation. Finally, the pest is established in climate types that are widely distributed in the EPPO region suggesting that it has a potential to establish throughout the EPPO region.

The EPPO Secretariat warmly thanks Juha Tuomola (Finnish Food Authority) and the Nordic PRA Network who have kindly provided most of the information presented above.